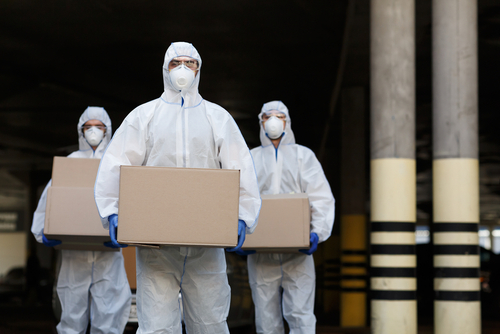 Brussels (Brussels Morning) Five EU member states have accused the European Commission of being responsible for disparities in the distribution of COVID-19 vaccines across the bloc, DW reported on Saturday.

In a letter to bloc officials, Austria, Bulgaria, Latvia, Slovenia and the Czech Republic maintained that the vaccines are not being delivered equally across the EU, calling for a summit to discuss the issue.

The five EU member states pointed out that the current distribution system “would continue creating and exacerbating huge disparities among member states by this summer, whereby some would be able to reach herd immunity in a few weeks, while others would lag far behind.”

Austria’s Chancellor Sebastian Kurz suggested that some EU countries may have signed secret agreements with vaccine makers in order to secure more shots than stipulated in EU agreements.

He pointed out that Denmark and the Netherlands received more shots per capita compared to Bulgaria and Croatia. Yet Austria’s Ministry of Social Affairs, Health, Care and Consumer Protection has acknowledged that negotiations were “very balanced and transparent”.

Brussels insists the bloc is distributing vaccines on a per capita basis, and an EU spokesman observed that bloc members could “ask for less or more of a given vaccine”.

An unnamed EU official noted the bloc is fully focussed on the fight against the coronavirus pandemic and that the situation will be reviewed when the next summit convenes at the end of the month.

Compared to other parts of the developed world, the EU’s rollout has been lacking and seen as less effective, with authorities blaming delivery problems for the slow rollout.

Brussels concedes it made mistakes

First Vice President of the EC, Frans Timmermans, conceded that Brussels made mistakes when ordering the vaccines, according to a Tagesspiegel  report on Sunday. The EU should assess “what we did wrong, and what we did right” after making sure that “all of Europe gets a vaccine”, he concluded.

The EU has been facing criticism for strategic errors in the rollout plan, which has been hampered by bureaucratic obstacles, regulatory problems and bottlenecks.