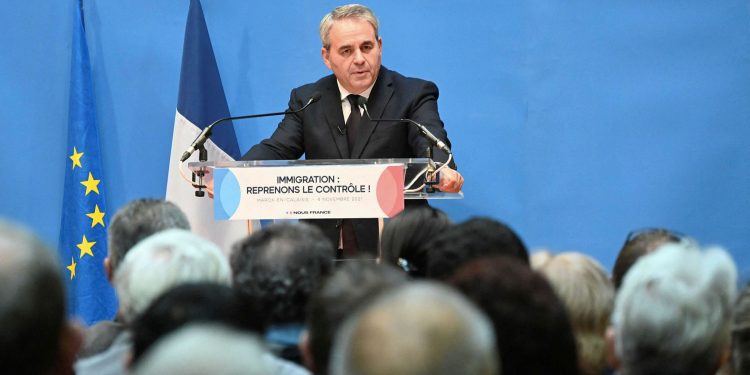 The party of former President Nicolas Sarkozy, which evolved from the party of the post-war French statesman and iconic leader Charles de Gaulle, hopes the series of debates will serve to energise voters and revive interest in what was once one of France’s most powerful parties.

On Monday, the five candidates faced each other for three hours, mostly taking turns to blame Macron for the bulk of the current problems plaguing the republic.

Polls rate National Assembly deputy Eric Ciotti and former MEP Philippe Juvin as the candidates with the worst chances of success in the presidential election, with Ciotti polling at around 3%, and Juvin polling at 2%.

The brunt of the fighting between the Republicans’ candidates is likely to take place between regional leaders Xavier Bertrand and Valérie Pécresse, and former EU Brexit negotiator Michel Barnier.

Republicans face a number of challenges in the upcoming elections, the most important being that none of their candidates have been able to come close to second place in the polls, a necessity if they wish to enter the second round of elections and face Macron in the runoffs.

Far-right pundit Eric Zemmour broke into second place last month registering about 16% support, followed closely by right-wing National Rally leader Marine Le Pen with around 15%. The Republicans’ popularity plummeted in recent years as Sarkozy faced a number of scandals, which resulted in recent trials and convictions, while the party has also been bleeding members to Macron’s Republic on the Move (LREM) party, the combination of which has prevented them from recovering in the polls.