Too many cooks spoil the broth: cooking up a new corporate tax regime 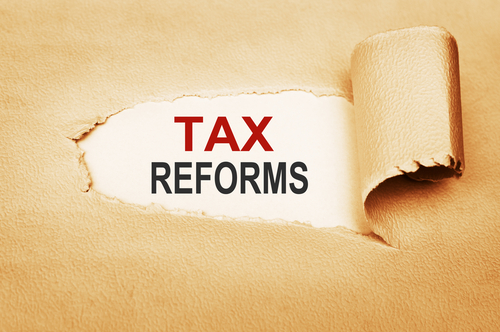 Tax reform requires the balancing of difficult ingredients, but a course that is not prepared well could create a number of indigestible effects, including a geopolitical clash. There is no money to spare and we need to restore the European tax base.

Honolulu (Brussels Morning) New research suggests 40% of multinational profits are shifted to tax havens, with 10% of the largest firms accounting for 98% of this practice. The result is an estimated loss of $200 billion in lost global tax revenue.

One just has to look at the mismatch between the profits reported by foreign firms vis-à-vis domestic competitors, and their respective economic activities on the ground (Figure 1).

But what ought this look like? Is a G20 or even an OECD approach desirable to EU member states, or is an EU framework the way forward? And what should be the ingredients of such an approach? Fiscal recipes are notoriously complex and, therefore, I asked these questions to two veteran chefs in the trade of tax consulting.

The ingredients of tax coordination

But first things first. Before discussing the balance of the plate, let’s first understand the ingredients of a tax regime.

The proposal for a Common Consolidated Corporate Tax Base (the “CCCTB”) is old, but reaching a consensus is notoriously difficult. Certain states have laid the foundation of their economies upon “tax competitiveness,” while others have seen their ability to tax and spend erode dramatically.

On May 18th of this year, the European Commission published its Communication to the European Parliament and the Council on the Business Taxation for the 21st Century.

The document serves in part to answer the question of how the EU will fund its greening agenda and sustain its citizens’ health. Therefore, the Commission sets targets for an EU fiscal regime that will enable tax-and-spend policies.

This harmonization will be proposed in the form of a single corporate tax rulebook for the 2023 “BEFIT agenda” (Business in Europe: Framework for Income Taxation). Its core features are (a) a common corporate tax base and (b) a formulary apportionment of the taxable profits between member states.

Tax and fiscal matters remain policy competences of member states, which most are eager to retain. This is true in the EU, as well as in the US, where states retain their individual criminal and tax rules.

That brings us to the question of “balance” while serving a new tax regime.

It goes without question that the more the cooks, the trickier the balance of flavors will be. Essentially, we are trying to bridge the interests of those who make a business out of tax-base erosion and those who are trying to regiment their tax base. While such negotiations do not have to be framed as zero-sum, they often are. Tailoring the right ingredients will be key to balance the flavors.

Dr. Manzitti, partner at Bonelli Erede and former Director of Taxation in the Italian Treasury, has been representing taxpayers in national and international tax audits and litigation for nearly two decades now.

For the Avvocato, the BEFIT looks much alike to the Common Consolidated Corporate Tax Base (“CCCTB”), which was dead on arrival. Yet, for Mr. Manzitti there are three key differences which place BEFIT at an advantage over its ill-fated predecessor.

“Firstly, BEFIT will reflect the significant changes in the economy and concurrent international frameworks such as in the OECD and G20 settings. Secondly, the Commission will also develop a different apportionment formula to better reflect the realities of today’s economies and levels of digitalization. Thirdly, and building on the former two, it provides for a robust, efficient, and fair tax framework to meet public financing needs, while also supporting the recovery and the green and digital transition.” Dr. Manzitti tells the Brussels Morning.

Yet, it’s the nitty gritty, the proposal’s underlying assumptions, which will be cardinal to the Commission’s legislative success.

In fact, according to Dr. Manzitti, they address the fundamental outdated features of the international system of revenue taxation, which are often prone to manipulation, a result of the often-taken approach by regulators of going it alone.

Most importantly, “the Union should not rely on the international arena alone and needs to leverage quickly on the reallocation of taxing rights and minimum effective taxation alongside a digital levy.” Dr. Manzitti tells the Brussels Morning.

For Mr. Sapienza, the BEFIT and the courage of MS to move towards a common tax base and an allocation for profits scheme “would be a landmark in the global tax environment.”

Furthermore, he continues “the inherent simplification of the European fiscal landscape, is not only in the interest of states, but also of corporates. The legal murkiness derives from complexity, and certainty is paramount for players when choosing their legal domicile” Mr. Sapienza tells the Brussels Morning.

In which regard, he points to the inherent uncertainty in transfer pricing (TP), a complex field in which disparities in states’ judgements has hindered the proper functioning and growth of European Champions.

“Reducing the uncertainty in this field, as TP will no longer be necessary for transactions carried out among European companies, would lift an incredibly high burden.” – Mr. Sapienza tells the Brussels Morning.

Nevertheless, the counsel from Luxembourg sees many limits and incoherencies in the Commission’s proposal.

Regarding limits, BEFIT’s legislative procedure will still need unanimity, as prescribed by the Union’s Treaties, which did not bold well for its predecessors.

Regarding incoherencies, “if the goal is replenishing sovereigns’ coffers, then corporate taxation can do little in this regard. The Commission itself admits that corporate taxation only impacts 7% of the global tax revenue of a country” Mr. Sapienza tells the Brussels Morning.

This points to the inherent complexity of reaching unanimous agreement upon these matters, in any setting. A multilateral approach may well be too hard to surmount, especially in an OECD setting, where 130 chefs are negotiating a recipe. Nonetheless, there may still be a silver lining for the Union.

“The main issue here is that the framework needs to be discussed at a global level first. If the G20 and the OECD, as they have often done, will manage to have the main players agreeing on a common starting point, the EU will very much likely be, again, the global leader of the reform and will play the role of the pioneer in implementing it.” – Mr. Sapienza tells the Brussels Morning.

The update of fiscal recipes around the world will not happen overnight. Many sleepless hours will grow diplomats and cooks tired and wary, but leaders and chefs must persist.

The balancing of complex and diverse European ingredients will require chefs coming together in tailoring their recipe first, which will then have to be confronted with external geopolitical intricacies.

Domestically, red tape hindering cross border growth and capital flows will have to be reconciled with the Union’s green and technological ambitions, as well as with the realities on the ground of individual states.

Externally, leaders will have to bring their consensus to the G20 and OECD negotiations, to fully sway the Union’s weight. At these tables the spiciest of habaneros will be brought by the US, native to its digital darlings, cornerstone pride of its economy.