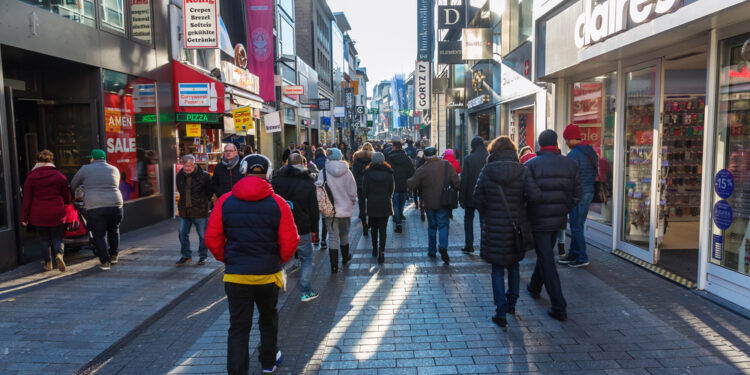 Brussels, (Brussels Morning)- The Brussels fire brigade denounces the difficulties it encounters with interventions in the pedestrian zone. The narrow alleys often make for a difficult passage, especially on busy days. “We need to develop a specific intervention plan for these kinds of situations.”

Last Saturday, at the beginning of the evening, the fire brigade had to intervene in the Gretrystraat, a stone’s throw from the Grote Markt, for a kitchen fire on the third floor of an apartment building. “When our men intervene, they generally don’t know what they’re going to encounter,” Walter Derieuw, spokesman for the Brussels fire brigade told BRUZZ.

“But here we had to go back and forth a lot to be able to turn in the streets. In addition, there were a lot of people walking around. There were also terraces in Gretrystraat. To put out our ladder, we need a width of five metres to support the support posts and stabilisers in place. It was very tight.”

The city of Brussels takes the problem seriously. “We are going to re-check certain terraces that do not respect the rules,” said Mayor Philippe Close. “There are sanctions that can go far, up to a closure of the terrace in question, for example.”

“But we also need to review the intervention protocols with the fire brigade. Last weekend, with the good weather, there were a lot of people in the city centre. Perhaps we should develop a specific intervention plan for these kinds of situations, which are completely different from, for example, a winter evening, when there’s no one on the street.”

“We are also working on a system that makes it possible to automatically close the terrace awnings in one go, when emergency vehicles need to be able to pass.”

The restaurant owners are also asking for a clearer protocol. Last Saturday, the emergency evacuation of the terraces cost some of them dearly. “When the terraces had to be urgently folded pending the intervention of the fire brigade, the customers had to leave. They had to leave quickly, even those who were in our restaurant,” a restaurateur on site told RTBF .

“In such cases we have to let them go as soon as possible. But then they also left without paying, although many of them had already eaten and drunk. Some customers were kind enough to help us remove tables and chairs to make room for the fire brigade, but that was not the case with everyone.”