Finlandisation has little to do with Finland 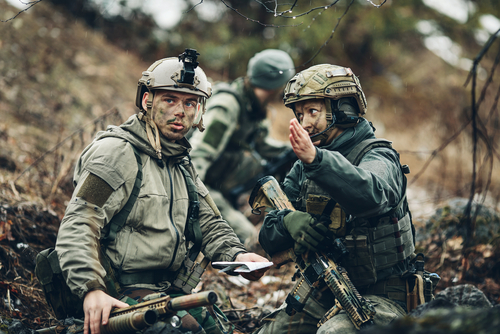 Military exercise along the Finnish border

Finlandisation is a concept that is rarely about Finland and almost always about Russia.

Washington DC (Brussels Morning) The term emerges every time a small country along the Russian border feels threatened and lies outside NATO’s Article V guarantees. But the Finns are not entirely comfortable with the term.

To gain a better understanding of the term in its current and historical contex we talk to a Finnish diplomat with solid credentials on Finnish-Russian relations, namely Ambassador René Anselm Nyberg. Ambassador Anselm Nyberg retired in 2013, after a career in the Finnish diplomatic service that began in 1971, during which he served in Moscow, Leningrad, Brussels, Bonn and the OSCE in Vienna. In 2000 he was appointed Ambassador to Moscow and in 2004 Ambassador to Berlin.

Ambassador Tedo Japaridze (TJ). Is there a prospect for EU member states to achieve the military capability and defence resolve of the kind developed among the Nordic States? What can Eastern Partnership countries take away from the Scandinavian experience in strategic terms?

René Anselm Nyberg (RAN). Military cooperation of the two non-NATO members Finland and Sweden is extensive and includes operational planning. Both armed forces are NATO compatible. Their Air Forces are constantly training with the Norwegian AF in the North. The key to their national defence effort remains tradition, conscription and increased cooperation with NATO and the United States.

TJ. There is a trend for the consolidation of the EU-wide defence industry. However, this raises a question about the regulation of arms exports. Given Finland’s history of human rights informed foreign policy, what is the way forward?

RAN. Finland is not a major arms exporter and arms export always require a license.

TJ. Is Finland closer to NATO membership? What is the nature of the debate?

RAN. Support for cooperation with NATO and the United Sates is solid, but NATO membership is not supported by the majority. Finland maintains the option to join NATO but does not plan to exercise this option today. There is no “solution” to the security dilemma posed by a superpower neighbour behind a 1,300 km long border. But you can manage the dilemma by political and military means. NATO membership would lead to a disruption of relations with Moscow, which would not serve the interest of Finland.

TJ. Do you feel that Europe’s collective security architecture is “back on track” following Joe Biden’s coming to office? NATO’s first Secretary-General, Lord Ismay, once argued that the North Atlantic Treaty was about “keeping the Americans in, the Russians out, and the Germans down.” Do we have a sense of purpose as clear as that today?

RAN. There is no security in Europe without transatlantic cooperation. A US presence in Europe as well as the forward basing of NATO troops and air force in the Baltic States are of vital importance for Finland, too.

RAN. Finlandisation was coined in Germany by the opposition to Ostpolitik. It never accurately described Finland’s relationship to the Soviet Union of Stalin’s successors. Dealing with Khrushchev and Brezhnev required skill and Finland kept a low profile, traded profitably with the Soviet Union but was ultimately able to join all European integration processes.