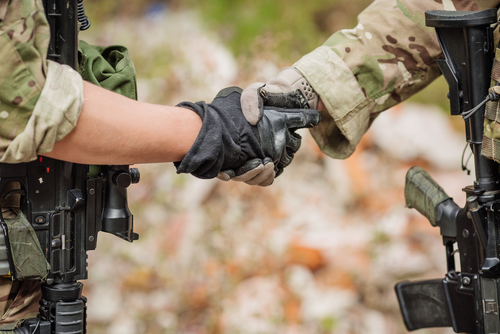 Belgium (Brussels Morning Newspaper) Finnish Foreign Minister Pekka Haavisto said on Friday that his country could deepen its military cooperation with Sweden should the security situation in the Baltic Sea region changes for the worse.

Haavisto made his remark following a meeting with his Swedish counterpart Ann Linde, noting that the regional security could worsen, for example, during the possible process of the two countries joining NATO.

“If our security environment becomes more challenging of course we can add bilateral planning, and it includes all sectors of military cooperation,” Haavisto told reporters in Helsinki.

Swedish head of diplomacy Linde said that her country had noted two types of Russian reactions to the possibility of Sweden and Finland joining NATO – one was by warning of consequences, and the other was by downplaying the significance of NATO growing from 30 to 32 members.

While both countries had decades-long policy of neutrality during the Cold War, the popular support for joining NATO surged in both countries following the Russian invasion of Ukraine in February this year. While the voters in both countries were historically opposed to NATO accession, recent polls have revealed a stark contrast, with the majority of citizens in both countries now desiring to join the defensive alliance.

With the two countries long harbouring close political ties, Haavisto expressed his hope that Finland and Sweden would make “similar decisions at the same time” – referring to their potential NATO membership bid.

“Of course what Finland decides will very much affect what Sweden is going to decide,” stressed Linde, though she noted that her country has not made its decision on the matter for now.
The prime ministers of Sweden and Finland, Magdalena Andersson and Sanna Marin, held a joint press conference earlier this month, stressing that the regional security landscape had changed significantly after the Russian invasion of Ukraine, and hinting that both countries might make a final decision on whether to join in the coming weeks.