Final tribute to the 4-year-old Dean in Brussels 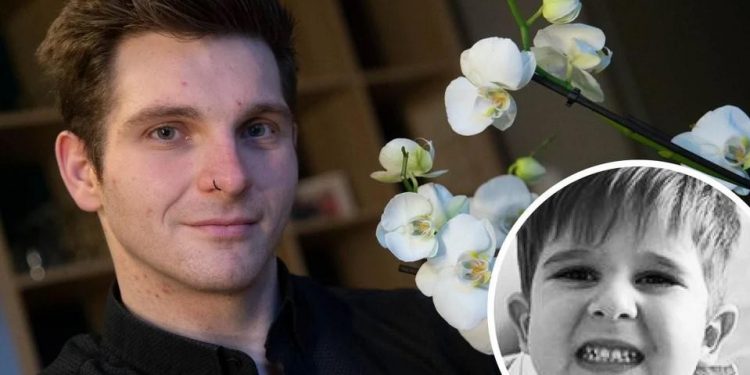 Dozens of people gathered at the Kunstberg in Brussels on Sunday afternoon to pay their last respects to Dean Verberckmoes, the 4-year-old boy who was killed in mid-January and whose body was found in the Netherlands. Tears flowed and people hugged.

BRUSSELS (Brussels Morning) – Brussels Relatives of Miguel, the boy who was previously murdered by prime suspect Dave De Kock, took the floor, as did Eric Geijsbregts, the father of Nathalie Geijsbregts who disappeared in 1991. People placed flowers and stuffed animals next to the pictures of the two boys. They will be placed on Dean’s grave in Verrebroek, in the province of East Flanders.

“We’re here today to show our support for Dean’s mom,” said Miguel’s aunt Miranda, according to a report by BRUZZ. “It’s hard for me to understand because it’s the same culprit. A 10-year sentence is nothing compared to what he did. It should have been much heavier.”

Dave De Kock was sentenced to ten years in prison in 2010 for the death of 2-year-old Miguel in 2008 in Ravels (in the province of Antwerp). He served his full sentence and could not be followed up by the judiciary after his release in 2018. Justice Minister Vincent Van Quickenborne said that this is different today and that a convicted person can now be followed up for another 15 years after their release.

“Since Nathalie’s disappearance, I have spoken to eleven ministers of justice and I have not seen enough change,” said Eric Geijsbregts. “I wish victims would have more rights, because I think that more attention is paid to the rights of the perpetrators than to those of the victims… For example, the suspects often remain on parole pending their trial, but they should have an ankle bracelet which can be electronically monitored.”

Dave De Kock denied Tuesday in court in Amsterdam that he had kidnapped and killed Dean Verberckmoes. The International Legal Aid Chamber in Amsterdam has to decide whether or not the person in his thirties will be handed over to Belgium.