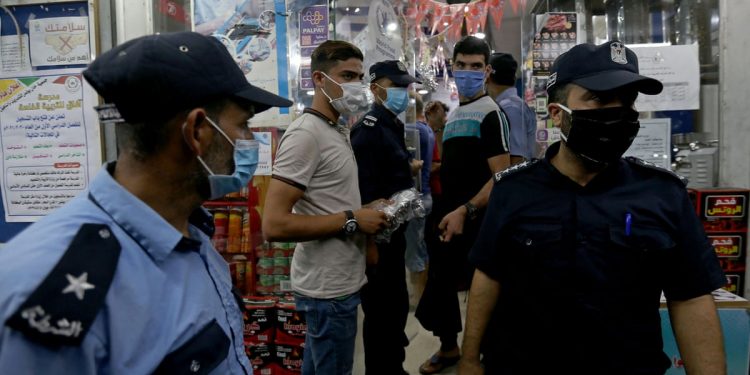 The first cases of coronavirus have been detected within the Gaza Strip outside its quarantine facilities, Palestinian officials have said, a potentially disastrous development given the enclave’s fragile health system.

Four people from the same family have so far tested positive for coronavirus, Gaza’s interior ministry said on Monday as authorities imposed a 48-hour lockdown.

“As soon as the virus cases were detected, the leadership of the interior ministry and the crisis unit held intensive meetings,” said ministry spokesman Iyad al-Bazam.

Hamas authorities urged Gazans to abide by the immediate shutdown, which includes the closure of workplaces, schools and mosques.

Gaza has been under a crippling Israeli blockade since 2007 and access to the enclave was further restricted following the onset of the coronavirus pandemic. Those granted permission to enter the strip have been held in special quarantine centres for three weeks.

There have been 109 coronavirus infections registered among those quarantined, with one death, according to the latest figures from the World Health Organization.

The arrival of coronavirus among the broader population in Gaza, a densely populated area home to 2 million Palestinians, has been feared for months.

Suhair Zakkout, a spokeswoman for the International Committee of the Red Cross (ICRC) in Gaza, said an outbreak would be “catastrophic”. “The health system is already weakened by the restriction of movement, lack of financial resources, and the Palestinian internal differences,” she told the Guardian.

Gaza is facing severe power shortages after Israel cut off fuel supplies in response to incendiary balloons being flown across the frontier, which have set farmland ablaze.

Rockets have also been fired from the enclave this month and the Israeli army has repeatedly struck Hamas targets, sparking concerns of a military escalation.