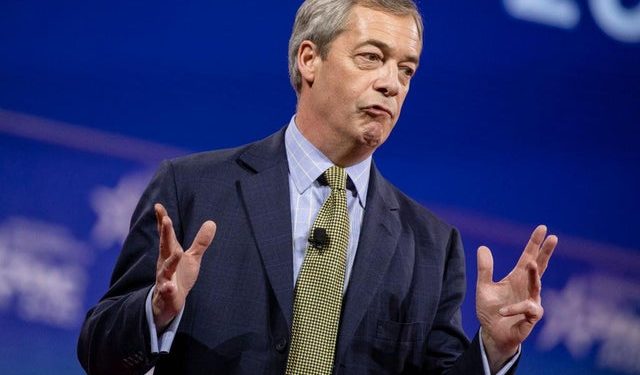 London (Brussels Morning) Nigel Farage, the former firebrand leader of UKIP and inaugurator of the Brexit party, has rebranded the latter to become Reform UK. This new party will be a contender in the Scottish elections next year.

The party intends to promote an anti-lockdown message, claiming the government has squandered taxpayers’ money in the hope of a “miraculous” vaccine.

“What we’ve seen in this pandemic I think is a total failure of leadership at almost every level”, said the pro-Brexit politician. earlier this week

Farage was speaking on Talk Radio from Pennsylvania, US, where he has been supporting US President Donald Trump in the imminent elections.

“What about the millions of people out there running their own businesses? This second lockdown is the death knell economically for many of those people”, said Farage.

England will on Thursday follow Scotland, Wales and Northern Ireland into a national lockdown with strict measures in place to limit movement and interaction aimed to stem the spread of the virus in the face of the second wave of rising COVID-19 cases.

On Saturday, the UK’s official count of positive cases passed the one million mark, while the country has one of the highest death tolls for virus-related fatalities in Europe.

Farage, a former MEP who led the campaign for Britain to leave the UK, told the channel that lockdowns don’t work and that targeting those most vulnerable would be a better strategy allowing most people to get back to normal life.

He expects his new party will find support from businesses hit by restrictions.

“We feel there is a massive political hole at the moment. The crisis has shown how badly governed we are – everything from our quangos to the £12 billion we have wasted on track and trace to firms being given the most ludicrous contracts. The whole system of government in the UK is not working”, wrote Farage in a recent article in the Telegraph.

“Brexit is about making us free, but beyond Brexit we have to be governed better”.

Scotland’s elections will take place in May 2021.