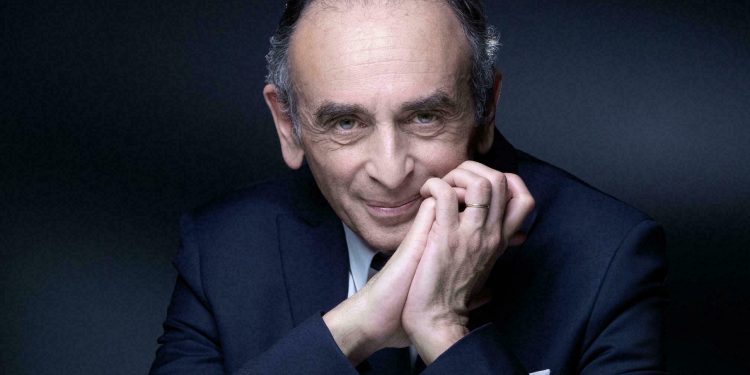 Brussels (Brussels Morning) The latest poll on French presidential candidates once again suggests that far-right pundit Eric Zemmour is the most likely challenger to face incumbent President Emmanuel Macron in a second round of next year’s presidential elections.

Since the 2017 presidential election, when Macron beat the right-wing National Rally leader Marine Le Pen in the second round, Le Pen had remained his most significant challenger, with polls consistently showing that the next election would likely provide a rematch between the two.

Zemmour has emerged unexpectedly as a potential alternative right-wing candidate, even though he has not yet formally announced his candidacy. Having regularly polled above 10% for months, Zemmour overtook Le Pen for the first time early last month, when a Harris Interactive poll showed his preference rating at 17%, ahead of Le Pen’s 15%. An Ipsos Sopra Steria poll two weeks ago returned a similar result.

In the latest Ifop-Fiducial poll, conducted for the daily newspaper, Le Figaro, and the LCI TV station, Zemmour leads Le Pen by a single percentage, with 17% support from the respondents. Macron remains the most popular choice for French voters with 25%, all but guaranteeing him a spot in the second round next year, while the right wing pool of candidates is becoming more crowded.

Zemmour has been convicted by the French courts for inciting hatred, and is renowned for his anti-Islamic and anti-immigrant statements. His books on the perceived failures of modern France have sold millions of copies, despite historians dismissing them as being full of misinterpretations of the country’s history.

In the latest incident, Zemmour said in an interview with BFM on Sunday that the reason women earn less than men is because they choose low-paying professions.

Meanwhile, despite refusing to confirm his candidacy, he has made it clear that he has set up an organisation to manage a possible bid. “Everything is ready – all I have to do is decide and push the button. I decide when and how”, Zemmour  declared.