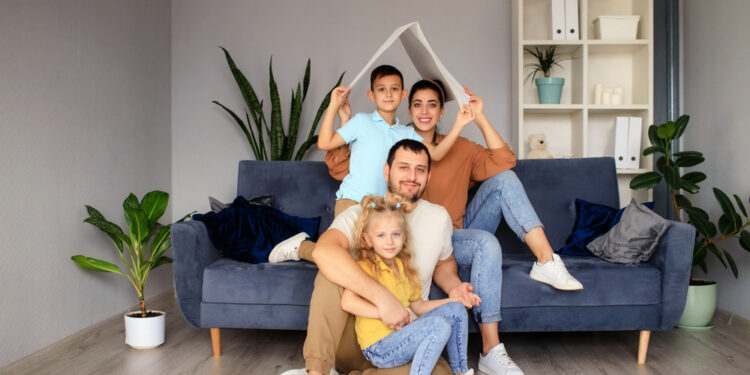 Brussels, (Brussels Morning)-  Not the Flemish Community Commission, but the Gezinsbond will organise preventive family support in Brussels in the future. There is great anger and incomprehension among the local health clinics. “How can we trust this now?”

The Brussels child health clinics, where parents have their newborn child weighed, vaccinated and examined, were told in 2019 that they would lose their accreditation, as reported by BRUZZ.  A new House of the Child would receive the subsidies, which would then be redistributed among the child welfare centres. The aim: a professionalisation of the sector.

The news caused quite a stir. A number of those offices merged or closed their doors. Others feared having to close. Today, sixteen local offices are still active. These have often grown historically, and sometimes belong to a municipal initiative, or are more related to the pillars.

In February this year, the Flemish Community launched a call to find an organisation, a ‘Huis van het Kind Brussel’, charged with redesigning preventive family support in Brussels and the corresponding subsidy distribution for the period 2023-205.

The Brussels consultation bureaus approached the Flemish Community Commission, which applied for this contract. But the VGC was not alone. One of the consultation offices of the Christian pillar, Wiegwijs, submitted a candidacy behind the backs of the other consultation centres, together with the Gezinsbond and I-Mens.

And that consortium won the contract. The Flemish Community Commission was left empty-handed.

Flemish Minister of Welfare Hilde Crevits (CD&V) confirmed this on Tuesday in the Welfare Committee of the Flemish Parliament. According to her, the contract was correctly awarded by a jury, on the basis of points.

But many questions are asked about that. “Looking back, it was a good idea,” one of the health clinics said. “The assignment was tailor-made for the Gezinsbond.”

There is great anger within the sector. Some speak of a ‘coup’.

Not only do they feel cheated by one of the consultation offices, Wiegwijs, which seems to have played a double game, they also do not feel comfortable working together with an organisation that belongs to the Christian pillar. How will that money be distributed? Wiegwijs, part of the consortium, has a number of consultation offices in Brussels itself.“

It is relatively little money. There is about 600,000 euros to be distributed in Brussels. “But part will already go to the Gezinsbond to distribute the subsidies (it would be 10 percent, SVG), and to the consultation offices of Wiegwijs. And what is left for the other consultation centres and the other activities of preventive family support?”

Another point of criticism is that the consortium that won the contract has little expertise within Brussels. “After all, these are mainly Flemish organisations with little feeling for what is happening locally in the capital,” it is said.

In the background there is also a battle about the (ideological) presence on the ground in Brussels. The Gezinsbond is officially pluralistic, but is nevertheless seen by many as an organisation of the Christian pillar. “And Wiegwijs will also use its ties with the Christian Mutuality to increase its market share in Brussels,” it sounds. And then there is I-human. Although this organisation has roots in the socialist and liberal pillar, it is not (yet) very active in preventive family support in Brussels.

The Gezinsbond now has to draw up a business plan to redesign the sector. That should be ready by the end of October. According to Minister Hilde Crevits, the VGC and the local health centres should be involved in this, but after what has happened, the water between the Gezinsbond and the health centres is very deep.

What about Ket in Brussels?

Spicy detail: Paolo De Francesco, of CD&V signature, has been working for a year as head of the study department of… de Gezinsbond. It was just the Gezinsbond that won the contract, together with one of the members of the non-profit organisation, in a procedure that, according to critics, was not very transparent. There is nothing wrong with De Francesco. He says he is not ‘the Family Union’. “You have to be the spokesperson for the Gezinsbond for this.”

It is unclear what should happen to the non-profit organisation Ket in Brussels , but De Francesco does not rule out the possibility that the organisation will be closed down. “Everything depends on what is in the business plan of the new consortium (Gezinsbond-Wiegwijs-Imens, SVG).”

Those who are not satisfied with the way things are going are Professor Michel Vandenbroeck, senior lecturer in family pedagogy at Ghent University and a much sought-after expert when it comes to childcare.

Until recently, he was vice-chairman of the non-profit organisation Ket in Brussels . When it became known that the Gezinsbond had won the contract, and that Wiegwijs had submitted a candidacy as a member of Ket in Brussels together with the Gezinsbond, parallel to the VGC, he promptly resigned as vice-chairman. “Together with the vast majority of the Board of Directors,” says Vandenbroeck. “We had a supported proposal together with the consultation offices. Submitted in full confidence by the VGC. If one of those consultation bureaus simultaneously submits its own proposal, without informing us about it, then I will no longer participate.”

He further calls the decision of the Flemish government incomprehensible: “This is no more or no less than a motion of no confidence in Flanders with regard to the Flemish Community Commission. Why did Flanders not opt ​​for the VGC? Does she not trust the VGC? The call for Brussels states that a government may not compete. It is now said that this foreshadows how it will happen in the rest of Flanders. This would mean that the city of Ghent or Antwerp would no longer be allowed to compete for the House of the Child. This takes us all the way back to la liberté subsidiée from the nineteenth century.