Facebook scales up on factual sources in battling misinformation 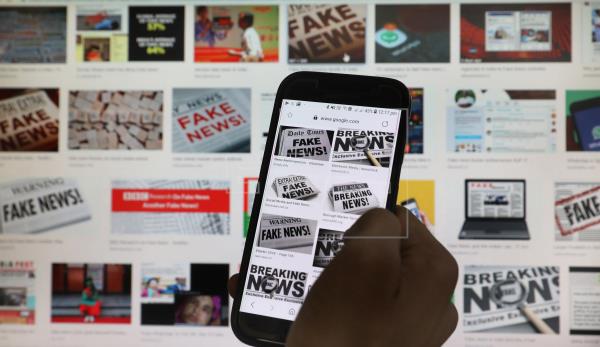 US social media company Facebook has announced plans to provide users with science-based information about climate change on Monday, CNBC reports. The move comes in the wake of a series of inaccurate and misleading posts about the underlying cause of the wildfires raging across the US West.

According to Facebook, the new feature will provide users with data from factual sources, including the United Nations, the Intergovernmental Panel on Climate Change (IPCC), the National Oceanic and Atmospheric Administration (NOAA), the World Meteorological Organisation (WMO) and the UK’s Meteorological Office.

Facebook noted that it will continue to suppress posts that contain what it deems to be misinformation and will label such posts as false. However, it will not remove the posts in question. Earlier this year, the company deployed new tactics aimed at fighting the the spread of misinformation as part of its preparation for US elections in November.

The new feature, dubbed the Climate Science Information Centre, became available in the US, UK, France and Germany at launch, and is to be extended to other countries.

Reuters reports it was launched on Tuesday, purposed to platform credible sources on climate change, similar to the approach taken with the Covid hub. Facebook pointed out that the Climate Science Information Centre will suggest actions users of the new feature can take in the fight against climate change.

Facebook has been repeatedly accused of allowing false claims about climate change with many calling for the tech giant to take tougher measures to suppress misinformation.  Facebook’s head of global affairs and communication Nick Clegg has said the social media company will continue exempting politicians from its crackdown on posting inaccurate claims, conceding that such claims tend to be among the most popular posts on Facebook.

The tech giant has not given details of how effective its new measures are but chief product officer Chris Cox claims its executives see the features as a success nonetheless.