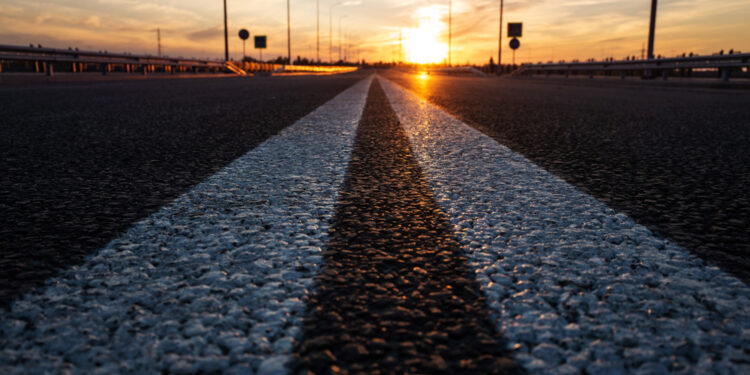 Brussels, (Brussels Morning)- The Flemish government has opted for the so-called ‘third scenario’ for the redevelopment of the northern part of the Ring. In the Wemmel zone, there will be an optimization of the existing situation with one extra lane. In the Zaventem zone there will be a parallel road for local traffic. The plans will be finalised after a public inquiry this fall. Works should start in early 2025.

The decision dates from the last Council of Ministers two weeks ago, but the cabinet of competent Flemish minister Lydia Peeters (Open VLD) only came out with the news this Friday.

In concrete terms, the Flemish government wants to create a parallel structure on the Ring around Brussels in the Zaventem zone, which is already more or less in place in the form of the R22, separating through traffic from local traffic, says BRUZZ.

“There is more space there, and there is a lot of local traffic because of the business zones and the airport. So it makes sense to build a parallel road there,” says Marijn Struyf, spokesperson for De Werkvennootschap, which will coordinate the activities for the Flemish government (Read more under the infographic)

In the Wemmel zone, where the Ring takes up less space and a number of green poles are located, “the traffic flow is optimised”, reports the press release of the Peeters cabinet. Struyf clarifies: “From the Limburg Stirumlaan you will no longer be able to drive up or down the Ring. The Steenweg on Brussels (exit 9 – Jette), where you can now only enter the Ring from one side, will then become a complete connection complex again.”

“Studies show that trucks will drive up to 15 percent less kilometres in residential areas. It is not about blindly creating additional capacity, but about removing motorised traffic from residential areas. In addition, the ‘Working on the Ring’ program also provides for one billion euros in investments in public transport and 115 kilometres of bicycle paths, such as  a Ring bicycle path. ”

“We make no secret of the fact that the Ring will become a little bit wider in some places, but at the same time the redesign will also create a lot of space gain,” Struyf adds.

“We will gain 170 football pitches or 88 hectares of space through a more compact redesign of the traffic interchanges, which creates more space for ecology and water buffering during heavy rainfall. More than 60 ecological connections will be released along, over and under the R0. Eight hollowed-out waterways are being reopened.”

The elongated interchange of the A12, with its wealth of plants and orchids , will also be overhauled in the plans to make way for a more compact version. According to Struyf, biologists are looking at how nature can be preserved.

The choice for this scenario was preceded by an intensive participation process with stakeholders and local residents, the Flemish government reports. Based on the design, a draft of a Regional Spatial Implementation Plan (GRUP) will be drawn up by De Werkvennootschap, which will include the necessary zoning changes for the redevelopment of the northern part of the Ring.

A public inquiry is linked to the GRUP’s design, in which the Brussels region may and may well participate, says Struyf. “There has been no signed political agreement, but there have certainly been consultations beforehand.” That is relevant because part of the ring road around Brussels is on Jet’s territory, and Brussels can thus thwart the plans or help them further.

After processing the comments during the public inquiry, the spatial implementation plan is definitively adopted by the Flemish Government. “With our previous investments, we have reached out to the Brussels Region. We therefore invite them to work constructively together now on this mobility of the future,” says Peeters.

The Werkvennootschap must then apply for the necessary permits and start a search for a private-public partnership, in which a consortium of contractors must pre-finance the investments in the project.

Struyf hopes that the administrative side can be completed in 2024, after which work should start at the beginning of 2025.