Expectations build up ahead of State of the Union speech 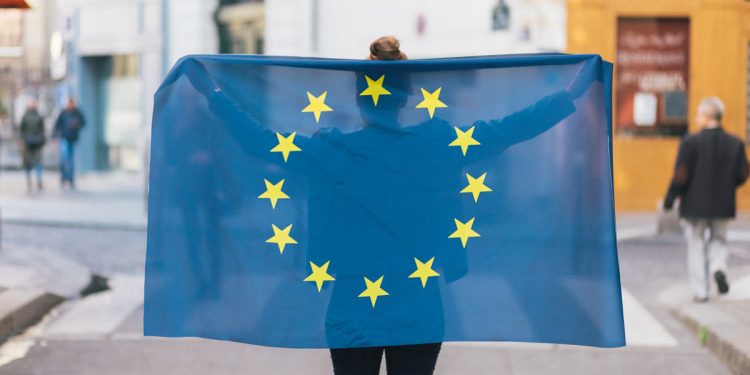 Political expectations are running high, not just in Brussels, ahead of Commission President Ursula von der Leyen’s delivery of her first State of the Union address. The unprecedented backdrop of the corona crisis and its consequences, adds to the sense of urgency as von der Leyen prepares to set out a common agenda and common priorities across the EU.

The Commission President is expected to focus on the societal obstacles raised by the pandemic and the impact of the containment measures, the accelerated impact of climate change and, most likely, the fraught transatlantic relationships. As always, the SOTEU address will sound the theme of how the spirit of European solidarity and unity can overcome disagreement and differences.

The speech, a keynote in the EU calendar, provides a platform from which to highlight not only a resilient economic recovery through a green transition, but a commitment to democratic dialogue and sustained social responsibility. Many hope the Commission President will use the occasion to spell out her understanding of the magnitude and intricacies of the challenges Europe now faces. Critical issues on the agenda also include the shaping of post-Brexit EU and its trade policy. MEPs welcome Wednesday’s debate as an opportunity to shape these discussions and voice their concerns.

The Greens are to urge Commission President Ursula von der Leyen for a solution to the refugee situation on the Greek island of Lesbos. They want the EU to act immediately and to leave no-one behind in their push for a solution to the emergency situation in Moria. The party is pleased with the EU’s Green Deal but wishes for more to be done to combat climate change; maintaining that, while the stated aims are high, it is time to translate these aspirations into concrete achievements that will advance the goal of climate neutrality by 2050. Promoting an ambitious climate policy, the Greens contend, would set von der Leyen apart from other Commission presidents.

The Parliament’s Socialist group is eager to see the EU’s Schengen system revert to its normal state of travel without border checks. The group is bent on ensuring that the functioning of the EU system as a whole is not jeopardised by the COVID-19 crisis and that EU countries coordinate the pandemic containment measures now in place. The group maintains that is the time for such Europe-wide social measures as a minimum salary and  ensuring that the COVID-19 crisis does not worsen poverty across Europe.

The Socialists look to von der Leyen to stand firm on the issue of respect for the rule of law within, but also beyond, Europe, especially with regard to Turkey, Russia and also Brexit.

The Left is concerned that the EU is in a constant

The Left – EU in multiple crises

The Left is concerned that the EU remains mired in an ongoing flux of deep-running crises: a public health crisis (corona), an economic crisis and a social crisis due to the rise in unemployment. Likewise, social cohesion within the EU is vulnerable to a situation that enables a small number of people to benefit from these crises. In support of its concerns, the Left cites the acute humanitarian crisis arising from plight of migrants, the growing ecological crisis and the crisis of democracy as the rule of law increasingly comes under challenge in different parts of the EU.

MEPs on the Left hope that von der Leyen not only acknowledges their concerns but that she recognizes the complexity of the prevailing state of affairs. The Commission should provide clear answers that go beyond statements and stick to the commitment of a 55% reduction of greenhouse gas emission in Europe. The Left favours the “polluter pays” principle.

Also, as Martin Schirdewan has underlined, they hope that the EU steps up at the international level and adopts clear strategies on the situation in Belarus as well as Russia’s poisoning of opposition leader Aleksej Navalny.