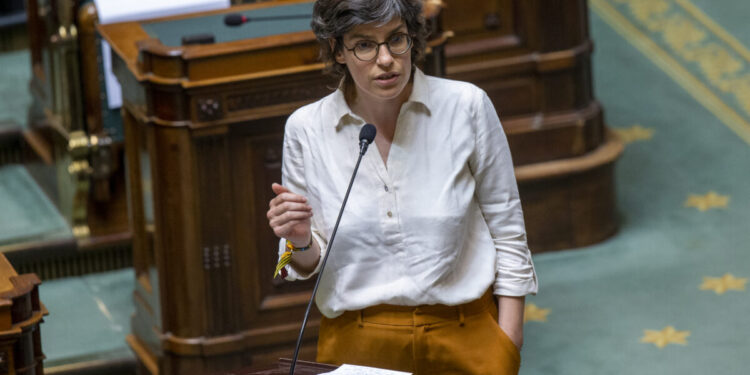 Brussels, (Brussels Morning)- The extension of the social tariff for energy will cost about 1 billion euros. That is what Energy Minister Tinne Van der Straeten (Groen) said on Sunday during a debate in ‘De Zevende Dag’.

Minister Van der Straeten and her colleague of Finance Vincent Van Peteghem (CD&V) came to the VRT studio to answer questions from viewers about high energy prices. According to the two ministers, measures are being taken at both federal and European level to temper prices.

For example, a price ceiling is being worked on at European level. At the federal level, it has already been decided to extend the VAT reduction on gas and electricity, as well as the extension and expansion of the social rate. In addition, the government is investigating a whole package of additional measures.

Minister Van Peteghem warns against creating “unrealistic expectations”. “Otherwise social unrest will arise. The government cannot do everything, it is impossible to pay invoices in full,” said the CD&V minister. When looking for measures, the government must also keep an eye on the derailed budget. If a “bazooka” could still be used during the corona crisis, then according to Van Peteghem it is now time to support families and companies “in a targeted way”.

According to Minister Van der Straeten, there is indeed a bazooka, for example due to the expansion of the social rate. This measure costs 1 billion euros on top of the basic amount of around 1 billion euros for the basic group.

In the meantime, we have also set up a citizens’ initiative calling on people to stop paying their energy bills. According to initiator Peter Terryn, these are people who can no longer pay their invoices.

When asked whether they think such actions are a good idea, Minister Van der Straeten replied that she should not answer. “I hesitate to answer, because there is no good answer for that. But I do understand the impotence and anger of the people,” said the Green minister.

Minister Van Peteghem also says that he understands people’s anger. But calling on them to stop paying bills is not the solution, he says according to a BRUZZ reporter. “It puts people in debt and that is not the intention,” says the CD&V minister.