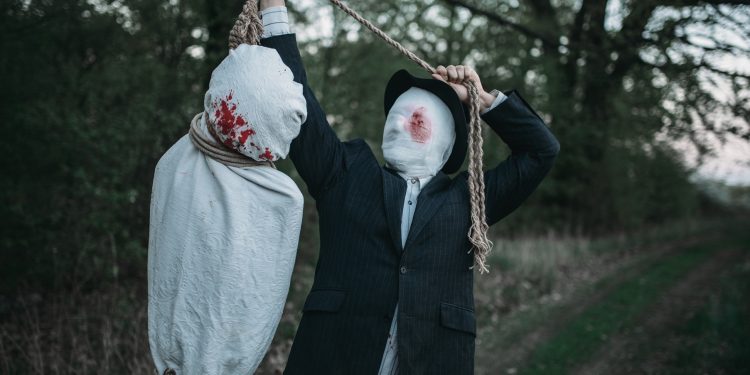 Brussels (Brussels Morning) Exiled Belarusian activist Vitaly Shishov was found dead on Tuesday in Kiev, his body hanging from a tree in a park not far from his place of residence. Police are treating the death as a possible murder made to look like a suicide.

Shishov left Belarus last year after participating in anti-government protests, and headed up a Kiev-based NGO called Belarusian House in Ukraine (BDO). His organisation provides assistance to other Belarusians attempting to flee persecution in their home country.

Since arriving in Ukraine, Shishov reportedly felt under constant surveillance, and claimed to have received warnings about possible kidnapping and murder attempts. After he went for a run on Monday and failed to return, his partner reported his disappearance to the Ukrainian police. A police report, released on Tuesday, stated his body was discovered hanging from a tree in a nearby park.

According to the Vyasna human rights NGO, Shishov’s friends had previously said that the activist was followed by “strangers” when he went for his regular runs. A statement from BDO also said Shishov was under surveillance.

According to the organisation, “there is no doubt” that his death was “a planned operation by security operatives” to remove a “danger to the regime”. Most recently, Shishov had been involved in organising a rally for 8 August in Kiev to commemorate the anniversary of mass protests against the Belarus strongman leader, Alexander Lukashenko.

Hundreds of people were arrested during the protests in Belarus, which the Lukashenko regime said were actions of “violent revolutionaries” backed by the West. Many have fled the country, fearing persecution, including many opposition leaders, with the majority settling in Poland, Ukraine or Lithuania.

Neither the Belarusian opposition nor the European Union recognise the official results of last year’s elections as valid. The opposition maintains the elections were rigged, while the EU dismisses them as “neither free nor fair”. As opposition to Lukashenko’s rule mounted, the dictator initiated a fierce crackdown on protests and dissenting voices in his country.

Earlier this year, Belarus military grounded a commercial jet under the pretense of a bomb threat, only to arrest a dissident journalist and his girlfriend who were on board. The move prompted a strong rebuke and a fresh wave of EU sanctions against those responsible in Belarus.

In the most recent example of Belarus government crackdowns, the Belarus Olympics team attempted to whisk away a female sprinter who openly criticised her coaches. The sprinter refused to board a plane departing Tokyo and instead sought political asylum in the Polish embassy.