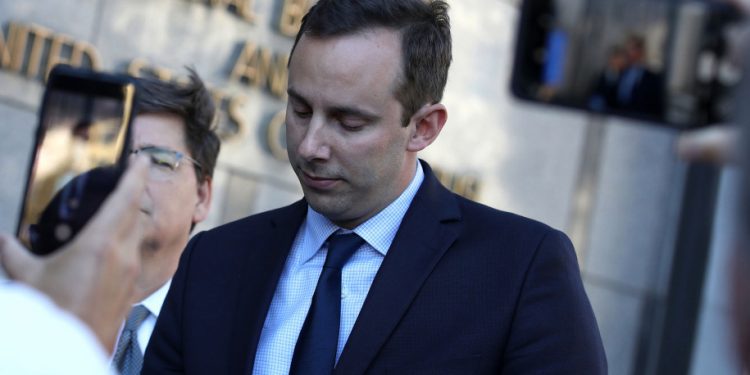 A former Google engineer who stole self-driving car technology for Uber was sentenced this week to 18 months in prison,  in what a California judge called the “biggest trade secret crime” he’s ever seen.

US District Judge William Alsup in San Francisco refused to hand out a shorter sentence Tuesday to Anthony Levandowski, because it would have given “a green light to every future brilliant engineer to steal trade secrets,” he said.

The sentencing comes five months after Levandowski, 40, who was ordered to pay $179 million in damages to his former employer — a punishment that resulted in him immediately filing for bankruptcy.

Levandowski allegedly downloaded 14,000 documents from Waymo, Google’s self-driving car subsidiary, in December 2015 as he was about to leave his job there after being poached by then-Uber CEO Travis Kalanick.

Uber and Waymo eventually settled the dispute to the tune of $245 million, but Levandowski was charged by San Francisco federal prosecutors last August with looting the top-secret files.

Levandowski was facing 33 counts, with a maximum sentence of 10 years apiece, but pleaded guilty to just one, which accused him of downloading to his personal computer a file that tracked technical goals for Google’s self-driving project.

“I downloaded these files with the intent to use them for my own personal benefit, and I understand that I was not authorized to take the files for that purpose,” Levandowski said in court papers.

Levandowski requested one-year confinement at his Marin County home, contending that bouts with pneumonia in recent years would make him susceptible to COVID-19 in prison. His attorneys asked the judge to consider that investigators found no evidence that “Levandowski used any of Google’s trade secrets after leaving Google’s employment.”

Alsup ruled that Levandowski could enter custody once the pandemic has subsided.

The engineer, who now runs self-driving truck company Pronto, apologized to Google and said he plans to share his story of regret with others in the tech industry.

“Today marks the end of three and a half long years and the beginning of another long road ahead,” he said in a statement.