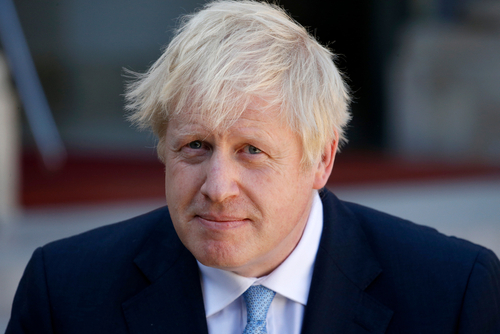 Brussels (Brussels Morning) Former aide to British Prime Minister Boris Johnson, Dominic Cummings, gave a colourful and damning testimony to the Parliament on Wednesday which has caused waves in British politics and media for its depiction of apparent incompetence in the government’s handling of the COVID-19 pandemic.

In a seven-hour hearing before MPs, Cummings claimed Johnson was unfit to be a prime minister, asserting that his inept management had been responsible for thousands of unnecessary pandemic-related deaths. Cummings also slammed Health Minister Matt Hancock, accusing him of repeatedly lying to colleagues and the public, insinuating the Minister and the PM were the two people most responsible for the mismanagement of the COVID-19 outbreak in Britain.

Asked by the media to comment on Cummings’ claims, Hancock replied that he hadn’t had the chance to see all of his accusations, since he was “busy saving lives”. Hancock was set to face the MPs in Westminster on Thursday, with Johnson also expected to respond to the accusations in the near future.

Cumming’s scathing testimony painted the entire government as woefully unprepared for the pandemic, with no sense of urgency or any plans for measures to take in order to protect the most vulnerable groups of citizens.

According to the former aide, who served as  de facto chief of staff until being ousted as his relations with the PM soured, Johnson said he would rather see “bodies pile high in the thousands” than impose a third lockdown.

Cummings also claimed that ministers were assured patients leaving hospitals for care homes would first be tested for coronavirus, only to express dismay later on discovering this was done only “partially and sporadically”. Despite calls on the PM to sack Health Minister Hancock, Johnson allegedly refused, saying he’s the man to fire when an inquiry comes along.

Even though Cummings’ testimony can be viewed as the vindictive account of someone avenging himself against the PM who sacked him, as indeed Tory-friendly media have been framing it, opposition MPs have pounced on the allegations to urge a prompt public inquiry.

Opposition leader, the Labour Party head Sir Keir Starmer, said the revelations underlined the need for such an inquiry to start well before the spring 2022 date, which had been announced by the PM. “No more delays,”  Starmer said. “A public inquiry needs to start this summer”.