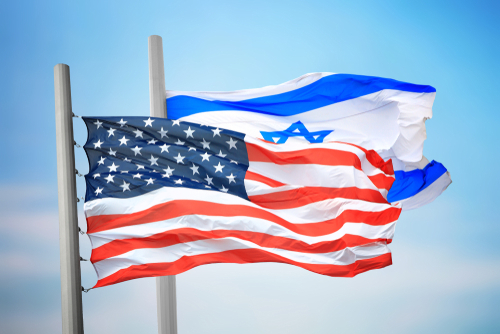 New York (Brussels Morning) In the wake of the most recent conflict in the Middle East, it is becoming evident that the two major parties in the US are moving towards different positions. The Republican Party has aligned itself with the most hawkish elements in Israeli politics with little concern for the Palestinian people or in finding any resolution other than simply Israeli dominance.

However, the Democratic Party has moved toward a different position, one that recognises the need for Israel to defend itself, but that also reflects concern about the plight of the Palestinian people and is much more wary of the Israeli right-wing.

One of the primary reasons for this divergence is that while both parties have important constituencies that support Israel, those constituencies are very different. There is a widespread view that US politics is influenced by pro-Israel voters. Too frequently, this belief is fodder for anti-Semites. However, it is more accurate to see American politics as influenced by two different pro-Israel groups which differ in their demographic makeup and partisan affiliation. Although the most hawkish and conservative elements of American Jewry have found a home in the Republican Party, the most powerful engine of GOP support for Israel are fundamentalist Christians.

These voters are a significant part of the Republican base and have developed a deep bond with Israel or the idea of Israel. Their hostility to Islam and interpretation of Christian theology regarding Israel, as well as their general affinity for right-wing politics, have made fundamentalist Christians the electoral driver of the GOP’s Middle East policies. These voters and the politicians who represent them are distinctly not Jewish and frequently use their pro-Israel sentiments to give themselves a pass regarding anti-Semitism on the American right.

The Democratic Party has a different pro-Israel constituency, that is smaller, but nonetheless important and influential – Jewish voters. Jewish Americans, despite protestations from the right wing, vote overwhelmingly Democratic. While American Jews are, not surprisingly, generally strong supporters of Israel, that support does not take the form of simply lining up behind Israeli Prime Minister Benjamin Netanyahu and the Israeli far right. Rather, American Jews, perhaps because they have a better understanding of the region and the country, generally support efforts to make peace and are increasingly concerned about the treatment of the Palestinians.

This view was powerfully summarised by Congressman Jerrold Nadler (D-NY) in a recent opinion piece in the New York Times. Nadler, who has served longer in the House of Representatives than any other Jewish member of that body, and whose congressional district has more Jews than any other, is an important voice of American Jewry.

His words reflect the views of many American Jews. “We know that the only solution is one where both Jewish and Palestinian people have the right to self-determination and security. We support the humanity of both parties in the conflict as well as small-d democratic values. And we stand resolutely against attacks on Israel’s right to exist. Really, this moment reflects a coming out of the silent majority of American Jews whose values are both liberal and supportive of Israel.” A smart politician like Jerry Nadler, who has been in Congress for more than thirty years and represents both liberal Jewish communities on Manhattan’s Upper West Side and more conservative Jewish communities in areas like Borough Park in Brooklyn, would not make a statement like that if he did not believe that it reflected the mainstream, or “silent majority” of American Jewish opinion.

The roots of Israeli support in both parties help explain party position on Israel. The last two Republican Presidents, George W. Bush and Donald Trump have been very hawkish and made little effort to bring peace to the region – although Bush encouraged elections, if not quite democracy, in the West Bank and Gaza. The last two Democratic presidents, Bill Clinton and Barack Obama, have taken a much more nuanced approach seeking to bring peace to the region while not offering unqualified support to right wing Israeli governments when they have come to power. Based on what we have seen thus far, Biden will likely conduct policy in the region that looks more like that of his two Democratic predecessors.

In the most recent conflict, it was Republican Christian voices who offered the most full throated and unequivocal support for Israel and corresponding lack of concern for Palestinians. The strongest pro-Palestinian voices, not surprisingly, came from left wing Democrats, but Jewish Democrats, including Nadler, Georgia Senator Jon Ossoff and Congressman Adam Schiff offered more nuanced positions balancing concerns about Israeli security with Palestinian human rights.

Right-wing fundamentalist Christian support for Israel has, in the short term, been a boon for Israeli hardliners, but the changes in American Jewish views on Israel, and those same Israeli hardliners, raises the possibility that Democratic Party policy towards Israel will continue to change, while also becoming a potential engine of American pressure on Israel to move towards an enduring peace with the Palestinians.