Evacuated residents back home, but damage in Sint-Joost not yet repaired 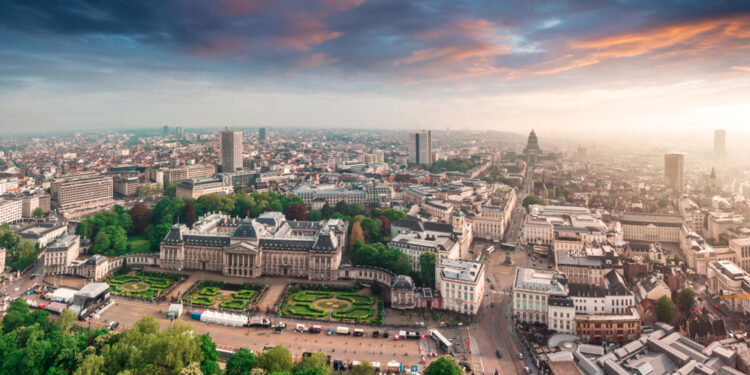 Brussels, (Brussels Morning) – After the subsidence, the municipality carried out stability works on the yard on its own initiative. Project developer Capital Construct thought this was unnecessary and based it on various expert reports. But the Council of State agreed with the municipality, mainly because the cement had already been poured. The municipality has already spent 150,000 euros of its own resources on the additional works.

Sint-Joost is now promising further concessions. “There are large cracks in nine apartments and the gas pipes of the building are damaged. The repairs are being carried out by the municipality,” said Mayor Emir Kir spokeswoman Murielle Deleu according to a report by BRUZZ. There is no estimate of the costs yet.

“There have already been meetings with the municipality. They say they will reimburse us, but I don’t know yet.” Ibrahim lives on the second floor with his wife and two sons. He has a smaller crack in his kitchen wall and a small gap has formed between the floor and the baseboards. “We never had problems with damp before, but it has been there since the work started.” Ibrahim would prefer to sell as soon as possible. “But who would want to buy my apartment in this condition?”

There is great concern among residents. This Wednesday the municipality will receive them for a new meeting in the town hall. “We demand justice first and foremost,” says resident Dogan. “I can’t sleep for fear and we still don’t have hot water.”

Developer Capital Construct and responsible contractor Van Roey were not invited to the meeting. Furthermore, Capital Construct refrains from much comment. In principle, the contractor’s insurance covers any damage to the interior of neighbouring buildings. “Provided that we can go on site,” it sounds. The fact that the municipality now wants to take charge of the repair work itself makes the situation complex.

The relationship between mayor Emir Kir and developer Capital Construct has already become clouded since an earlier construction site in the Kleine Dalstraat, near the Leuvensesteenweg. At the end of 2020, cracks appeared in the surrounding houses there too. Mayor Kir did not fail to openly declare in the city council that the developer showed “little respect” for the municipality. Capital Construct now repeats that no additional stability works were required, according to experts.

The Tennood opposition believes that the municipality is taking a financial risk. “The municipality certainly had to intervene for the safety of the people, but now the question arises: who will pay for the works and what will the insurance intervene in?” asks councilor Pascal Lemaire (Ecolo). The 150,000 euros spent on stability works come from the (not very full) municipal coffers. “In theory, the contractor should pay back that, but will he succeed if he thought the work was excessive? That is a risk to municipal finances.”