EU’s climate target less consequential than it might seem 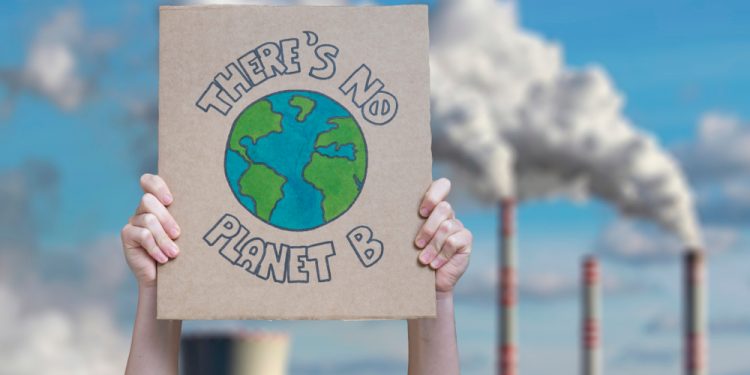 Brussels (Brussels Morning) After last week’s agreement by EU leaders to reduce greenhouse gas emissions in the EU by over half of the 1990 levels in ten year’s time, the decision was formally adopted at the end of this week.

”They did not change anything,” says Sebastian Mang, climate policy adviser with the Greenpeace EU office, commenting on the governments’ decisions. ”There was no real debate and they just signed off on it.”

The EU’s environmental ministers met this week to finalise the 55% emissions target, which a number of countries were disappointed with already. Notably, Sweden, Denmark and the Netherlands would have wished for a 60% overall reduction of emissions.

”That is one of the things we were disappointed with,” Mang explains. Greenpeace had mounted a campaign last week to mark the five-year anniversary of the Paris climate agreement and that a year has passed since the Commission signed off on its Green Deal plans. ”This deal is only a small improvement on the emission cuts the EU is already expected to achieve.”

With two weeks left of 2020, the proposal for the European climate law is as good as set, but further talks will follow. The climate target for 2030 is only one part of a number of laws which will be revised next year, among them, improving the emissions trading system and regulating the fossil fuel quality, as well as other requirements for energy.

”Political convenience takes precedence over climate science and most politicians are still afraid to take on big polluters,” Greenpeace’s Mang states.”Without further action, the EU’s new climate target will allow oil and gas companies to survive, it won’t transform how we get around and how we produce our food fast enough to beat the climate emergency.”

The aim is still for climate neutrality in the EU by 2050. An issue with the text as agreed is that France along with the governments of Poland, Hungary, the Czech Republic, Slovenia, Bulgaria and Romania pushed for the EU climate target to include a reference to the increased use of gas, recognised as a transitional technology. According to Greenpeace, this risks becoming catastrophic for the climate since funds earmarked for green funding would be spent on gas extraction, pipelines and storage.

In fact, climate groups warn that the 55% goal is a small adjustment because the calculation relies on an upgrade of the so-called carbon sink, which means that the estimate for carbon absorption by forests is raised. Based on existing climate measures and targets, the EU is already expected to reduce emissions by 46% in 2030 (against 1990 levels). Climate campaigners have been flagging the need to agree on further cuts of up to 65% of emissions by polluting sectors by the end of the decade in order to limit global heating from exceeding 1.5 degrees.

”They have adapted the narrative, so in terms of the Commission’s work plan you would think they are really climate friendly,” Mang declares, referring critically to Commission President von der Leyen’s refrain of the EU becoming a climate neutral continent.

The next step in the climate saga will be the new measures to reach the 55% reduction target to be announced next summer and then another global climate conference in November next year in Glasgow.