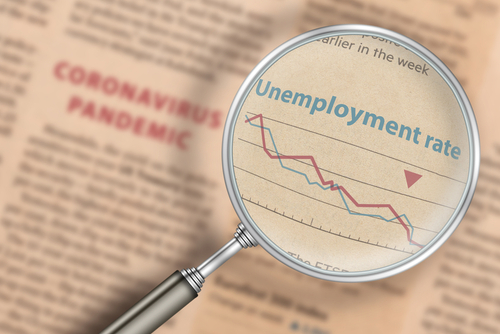 The increase in unemployment. News in the newspaper on the impact of the coronavirus pandemic on the number of unemployed

Seasonally adjusted, the unemployment rate stood at 7% at the end of 2021, the lowest level since Eurostat started keeping records in 1998, according to France24.

At the same time, unemployment stood at 6.4% in the 27-member bloc, which was also a record low.

The European Commissioner for Economy, Paolo Gentiloni, proclaimed that “the eurozone ended 2021 – the year after the worst recession since World War II – with its lowest ever unemployment rate.” He called it an acknowledgement of the “success of our collective response to the crisis.”

On the annual level, the unemployment rate in the eurozone dropped 0.5 percentage points in December. Compared to the debt crisis that started in 2009, the EU labour market has recovered much faster from the coronavirus crisis.

According to EU officials, this is because the EC decided against imposing austerity measures such as it had in the period between 2010 and 2015, opting instead for massive spending.

Eurostat pointed out that roughly 13.6 million EU citizens were unemployed at the end of last year, of which about 11.5 million were in the eurozone.

Unemployment varies significantly across the bloc, from 3.2% in Germany to 13% in Spain. The figure stands at 7.4% in France and 9% in Italy.

Analysts noted that record-low unemployment in some EU member states could lead to the growth of wages there as competition for workers intensifies.

While European Central Bank head Christine Lagarde insists that rising inflation is only temporary and a result of the crisis, the growth of wages could add pressure on the bank to raise interest rates and phase out stimulus measures.

ING Bank economist Carsten Brzeski said, “there is very little the ECB can do against the current inflation drivers, but once inflation expectations start to move up and wage growth accelerates, a rate hike will no longer be far away.”

Increasing rates across the eurozone would hit Italy, Spain, Greece and France the hardest since they are the most indebted eurozone members. These are the countries expected to support Lagarde in her belief that she should maintain record-low rates and stimulus programmes.