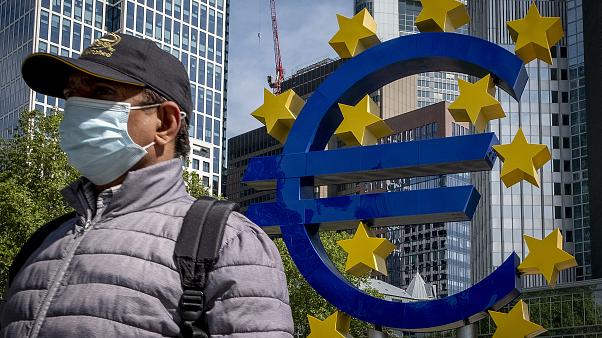 EU leaders adopted a seven-year recovery plan worth some 1.8 trillion euros aimed at steering the economy out of the recession caused by pandemic restrictions. National governments and the European Parliament are negotiating the details of the deal.

President of the Eurogroup Paschal Donohoe stressed that members are determined to use everything at their disposal to repel the second wave of infections, adding that the priority is to deploy the recovery plan as soon as possible. An unnamed senior eurozone official predicted a lively discussion on economic measures while observing that there are currently no plans to announce new measures on the EU level.

The ministers are holding a their virtual conference two days before the EU Commission releases its economic forecast for the bloc, which is likely to indicate negative economic growth rates for the final quarter this year. The launch of the 1.8-trillion euros scheme, which is divided into the 1.1-trillion regular, long-term EU budget and the 750-billion recovery fund, is still in the negotiation stage s between EU member states and Brussels. The money could start reaching EU member states in mid-2021 and continue flowing until end 2023.

The senior official stressed the importance of a gradual withdrawal of fiscal support rather than ending the scheme abruptly with a singular cut-off date. According to officials, eurozone finance ministers want to maintain national fiscal support, especially because limitations on deficit and debt size have been suspended amidst the pandemic.

Tighter restrictions will affect economies, the senior official said, making the need for support all the more vital since many EU member states have announced measures that will limit movement of people and economic activity throughout the month of November.