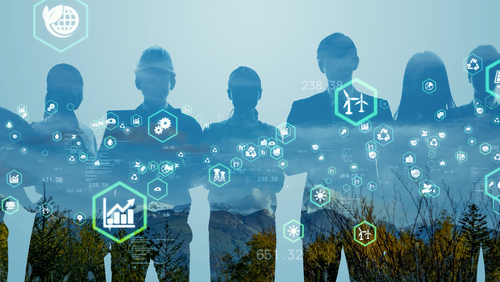 Belgium, (Brussels Morning Newspaper) Despite a deadly pandemic and now dealing with the consequences of a war in European territory, the EU seems to be making progress towards de Sustainable Development Goals (SDGs). The confirmation was announced by a monitoring Eurostat report  which provides a statistical overview of the EU’s achievements on that matter.

The 2030 Agenda for Sustainable Development and its 17 SDGs, adopted by the United Nations (UN) in September 2015, have given a new impetus to global efforts for achieving sustainable development.

The data included in the report show that the EU has made progress towards most goals over the last five years, in line with the European Commission’s priorities in key policy areas such as the European Green Deal, the Digital Strategy and the European Pillar of Social Rights Action Plan.

“Europe is facing its second ‘black swan’ event in three years. But while managing the impact of the economic shock caused by Russia’s invasion of Ukraine must not lead us to lose sight of our goal of transforming the EU’s economic model. It must instead galvanise us to redouble our efforts to boost our resilience and the sustainability of our production processes and everyday activities,” said Commissioner for Economy Paolo Gentiloni.

While progress towards reaching some goals was faster than for others, movement away from the sustainable development objectives occurred only in few specific areas.

The Commission believes that the unprecedented NextGenerationEU, and the reforms and investments envisaged by EU countries in their Recovery and Resilience Plans, will make a major contribution to achieving the SDGs in the EU in the future.

According to the report, the EU continued to make the most progress towards fostering peace and personal security within its territory, improving access to justice as well as trust in institutions (SDG 16).

Significant progress was also made towards the goals of reducing poverty and social exclusion (SDG 1), the economy and the labour market (SDG 8), clean and affordable energy (SDG 7), as well as innovation and infrastructure (SDG 9).

However, in the area of poverty (SDG 1), available data partly refer to the pre-pandemic period, suggesting that a much greater effort must be done to tackle it.

The favourable assessment of SDG 7 was strongly influenced by a remarkable reduction in energy consumption in 2020 — minus 8 % compared to 2019, as a result of COVID-19 related restrictions on public life and lower economic activity.

With such unplanned outcome, the EU was able to reach its 2020 energy efficiency target and, based on the progress achieved so far, appears to be on track towards its 2030 target.

While the EU is reporting progress, 100 scientists, teachers and experts have penned a letter to the UN, urging the house of international diplomacy to drop the SDGs targets after what they call a “failure”.

“If the way modern societies operate cause the problems that the SDGs seek to address, can we be surprised that those same systems are incapable of fixing them?” reads the letter which was shared with The Independent.

The missive was delivered as the UN starts a summit in Bali, Indonesia, on disaster risks and preparedness in the context of natural and man-made disasters.

Among the notable experts who have signed the letter are Peter Kalmus, a climate scientist at NASA who was arrested last month in a climate protest; Yves Cochet, France’s former Minister of Environment and Regional Planning; and Britt Wray, author of the recent climate anxiety book, Generation Dread.

“Before now, it may have been convenient for politicians, bureaucrats and people in the organisations they fund, to maintain an upbeat message that more technology, capital and management will solve both poverty and environmental destruction,” the letter reads.

“However, the evidence from the UN’s own reports show clearly that is merely a convenient myth, and that billions of people would be better served by more sober analysis of the worsening situation,” it adds.

The signatories defend that rather than sticking to “redundant unhelpful ideology” it’s important to “move towards plans of local resilience” and “de-growth wealthy economies”.