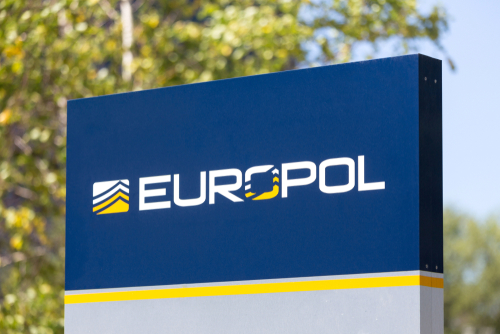 the hague, the hague/netherlands - 02 07 18: europol police central station in the hague

Brussels (Brussels Morning) EU law enforcement agency Europol announced on Tuesday that its participation in the globally organised crime sting operation “Trojan Shield” had contributed to more than 800 suspects being apprehended, as police organisations all over the world worked with one another to uncover organised crime activities.

The operation, spearheaded by the US federal law enforcement agency FBI, involved an encrypted communications platform called ANOM, which was secretly developed by the FBI and distributed to organised crime operatives all around the world.

Modified encrypted devices were provided to more than 300 crime gangs in more than 100 countries. Believing the encrypted communication system to be safe from law enforcement oversight, criminals used ANOM to discuss details of their illegal operations. This enabled the FBI, Europol and law enforcement agencies of more than a dozen other countries to patiently accumulate evidence.

After 18 months of waiting, a series of arrests were made in 16 nations, apprehending more than 800 suspects and seizing more than 32 tons of drugs, including cocaine, cannabis, amphetamines and methamphetamines. Additionally, police officers seized some 250 firearms, 55 luxury cars and more than 120 million euro in cash and cryptocurrencies.

Addressing the Europol press conference on Tuesday, agency deputy executive director Jean-Phillipe Lecouffe praised the operation as “exceptional by its global outcomes”. The agencies involved “carried out one of the largest, and most sophisticated law enforcement operations to date in the fight against encrypted criminal activities”, he said.

Speaking alongside Lecouffe in The Hague, FBI Criminal Investigative Division assistant director Calvin Shivers also praised the cooperative effort by the two agencies. “Operation Trojan Shield is a shining example of what can be accomplished when international law enforcement partners from around the world work together and develop state-of-the-art investigative tools to detect, disrupt and dismantle transnational criminal organizations”, Shivers declared.