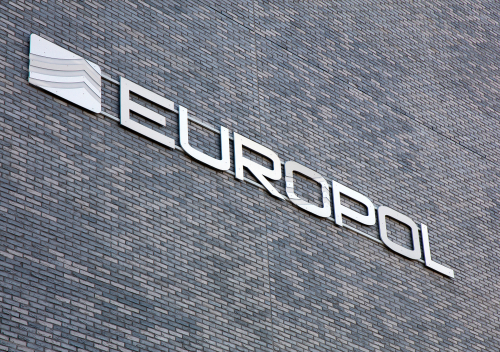 Amsterdam, Netherlands -february 11, 2018: Facade of the europol building in the hague, Netherlands

Brussels (Brussels Morning) Presenting its annual report on terrorism, the EU’s law enforcement cooperation agency Europol warned that the coronavirus pandemic had contributed to the spread of extremism of both Islamic and the far-right varieties through online channels.

Commenting, the EU Commissioner for Home Affairs, Ylva Johansson, noted that the agency’s statistics show the risk of online radicalisation has increased, especially with regard to right-wing terrorism.

The agency recorded a total of 57 terrorist attacks in 2020, including those that either failed or were foiled in advance by law enforcement. All of the attacks were reported in six EU countries – Austria, Belgium, France, Germany, Italy and Spain. A total of 21 people were killed as a result of terrorist activity, while 449 individuals were arrested on suspicion of terrorism in 17 EU member-states.

Even as right-wing extremism is growing, Europol notes that Jihadist terrorism remains the greatest threat to EU security, and the most deadly. In 2020, Islamist extremists were behind ten lethal attacks which took the lives of 12 people. Despite the inherent danger, the agency notes the attacks were not the outcome of organised efforts. All ten terrorist acts were undertaken by “lone wolf” attackers.

Some of the lone actors had nonetheless contacted terrorist groups, with the Vienna attacker managing to transmit a video statement to the Islamic State (IS). Europol notes some of the attackers also displayed mental health issues, in combination with extreme ideologies, which may have been exacerbated by pandemic-induced stress.

Focusing on right-wing extremism, Europol noted that the term includes a wide range of different organisations, united by their core values – opposition to diversity and democratic constitutional order.

Working online to infiltrate other popular movements, the right-wing extremists co-opt other concerns and emerging narratives to recruit and spread their ideology. Some exploit the growing awareness of climate change to blame the crisis on immigration and overpopulation, while other join in anti-lockdown protests, and spread anti-government narratives.