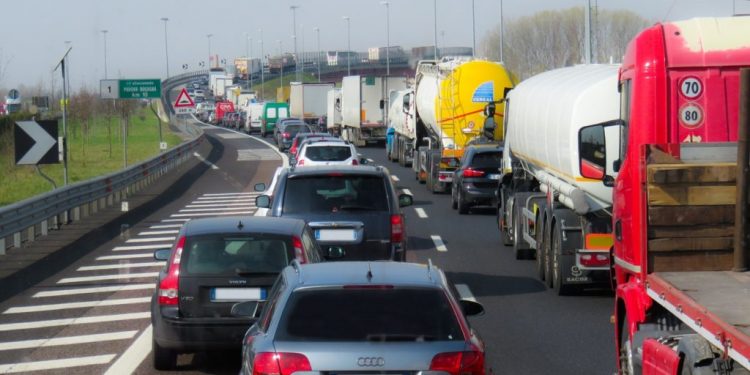 There were fewer traffic jams on roads to summer destinations on Saturday morning around 9.30 a.m. compared to last year, according to Belgian mobility organisation VAB.

There were also fewer crowded roads in France, Germany, Austria and Switzerland, although traffic increased gradually on main roads.

This Saturday was coded “red” for holiday travel. Traffic will be worse next weekend, coded “black” as a result of the usual mix of July and August holidaymakers.

On Saturday morning, there was already dense traffic along the so-called Autoroute du Soleil in the Rhone Valley, where 85 minutes were added on to travel time.

Motorists lost an average of 90 minutes on the A10 between Paris and Bordeaux, and holidaymakers were forced to exercise patience at the Gothard Tunnel in Switzerland, with 90-minute queues.

Border checks and road works made for long traffic jams at the Karawanken Tunnel in Austria, where travel in the direction of Slovenia took an extra two hours. Holidaymakers even lost as much as three hours earlier in the morning.

Traffic was also heavy in the northerly direction on the A7, with an hour added to the trip between Hamburg and Flensburg in northern Germany towards Denmark.