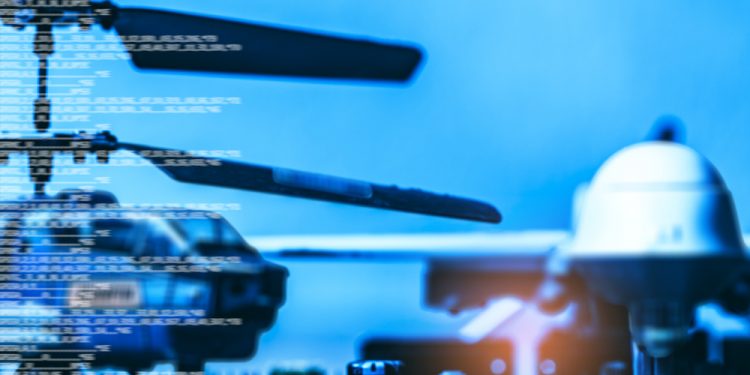 Brussels (Brussels Morning) The European Defense Agency published the first and much anticipated comprehensive review of the European defence landscape on Friday 20 November.

The Coordinated Annual Review on Defence (CARD) is the first report of its kind, identifiying 55 new opportunities for joint capability development between Member States; its main focus on research and development and public procurement.

According to the review, the European defence landscape is characterised by high levels of fragmentation and low investment in cooperation, essentially meaning there is a high degree of diversity in military equipment being procured across Europe, but this undermines military interoperability.

The report echoes the long-held political consensus over the need to consolidate the European Defence industry to resolve the patchy nature of the bloc’s defence capabilities.

It encourages the centralisation of pan-European value chains to better develop next-generation high-impact weapon systems such as main battle tanks, anti-access area denial systems, and others. It is thought that such systems will be deployable by the mid-2030s.

The report also recommends modernising soldier systems through Joint Virtual Training and Exercises using common IT tools to harmonise these subsystems by the end of the 2020s.

Finally, the review highlights the need to bolster mobility by the mid-2020s, through air and sea lift transportation, logistic facilities, and increased resilience of related IT systems and processes under hybrid warfare conditions.

The European Commission is committing a greater share of the EU budget to meet the review’s objectives.

It’s a signal that current Commission president Ursula von der Leyen is continuing the path set by the Juncker Commission, advancing the objective of a European Security Union.

The Commission’s draft Multiannual Financial Framework 2021-2027, submitted in May 2020, proposes an 8 billion euro budget on defence, breaking a long-held taboo on keeping defence expenditure away from Brussels.

The European Commission is exploiting its supranational mandate to develop a common European Industrial Policy through vigorous consultation with relevant stakeholders: national governments, the industry, research facilities, NATO and other allies.

In pursuing this objective, designing a common export licensing policy is one of the most challenging tasks, as it requires going beyond the development of weapons systems and points towards the evolution of national security to a European defence policy.

So far, the EU has “federal production” without “federal” political oversight. National defence corporates that were historically dependent on their respective governments as clients and regulators are now emerging as trans-European and, at times, global value chains.

What is at stake

The main point of contention is arms exports, an industry that supports thousands of jobs and is linked to national security. Whether or not Europe will be able to consolidate or even coordinate its policy in this field is a litmus test for any “federal vision” of collective security.

France and Germany are among the five largest exporters of arms globally, together with the US, the UK and China. The combined volume of EU exports accounts for 26% of the global arms trade, which is 9% higher than just five years ago.

The Middle East was the region with the highest surge in orders for European armaments: a 61% increase in 2015-19 compared to 2010-14. What is interesting is that while imported arms in this region of the world were previously used for territorial defence, they are now part of efforts to expand regional influence.

Austrian, Dutch, Danish, Finnish, German and Swedish attempts to limit experts to conflict-affected regions have been undermined by obligations towards European consortia, involving states that do not have a similar policy. Furthermore, countries that engage in war by proxy – Turkey, Saudi Arabia, the UAE – have been able to divert exports to war zones with little credible monitoring.

In 2015-19, Saudi Arabia was the country with the highest share of arms imports not only in the Middle East but globally, recording an increase of 130% compared to 2010-14. In November 2020 14 humanitarian and human rights non-governmental organisations (NGO) urged France develop real parliamentary oversight and accountability over weapons exports.

Between European values and value chains

This year’s CARD report is a clear indication that the EU is taking decisive steps towards defence industry consolidation, seeking to bolster Research and Development.

However, when it comes to arms manufacturing regulation, there is no transfer of competencies from a national to a “federal” level. The exports of Pan-European consortia remain largely unmonitored by either national or European authorities, which is problematic when it comes to defence.