Europeans are turning down the heat at home

by Vuk Uskokovic
in Member States 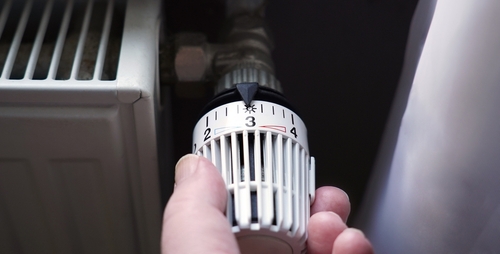 Belgium, (Brussels Morning Newspaper) Governments across Europe called upon their citizens to reduce heating at home this winter. Reason? To save energy in light of the Ukraine crisis and problems with gas supply. Did the people answer this call? It appears so, according to data published by Tado, a German company that produces smart thermometers. After tracking info on more than 300.000 thermometers installed in various countries for the past four years, the company has managed to draw certain conclusions.

First, many started to turn the heating on later than they used to do before. Last winter, the majority of household thermometers were turned on on the 28th of November. In the years before that, they were turned on several weeks earlier – between November 5th and 12th.

In the Netherlands, the room temperature was set to 1 degree Celsius lower than the previous year. In Great Britain, almost 80% of homes that use Tado thermometers also brought temperature settings down, to 18,3 degrees on average. In Norway, the temperature was lowered to 20,8 degrees but lowered nevertheless. Heat drops were reported in Spain, too. In Germany, public authorities reduced temperatures in their offices to 19 degrees, while making use of smart thermometers in new buildings a requirement. In certain places in Eastern Europe, smart thermostats are more common among wealthy households. On average, Tado’s Bulgarian customers lowered their temperatures by 0.28%.

Worries about the next winter

The EU imports 80% of its gas. European gas producers have recently been encouraged to increase imports and decrease reliance on Russian gas. Also, some countries, like Germany, gave billions of euros to help people and businesses deal with energy bills.

“We have to start thinking about 2023/24. We have to keep saving gas, be more energy efficient, build out renewables and fill storage”, said German network regulator Klaus Mueller. “With savings, gas inflows, good storage levels, we are very, very optimistic that we will no longer have to worry about a gas shortage this winter”, he added.

In addition to this, German regulators are concerned that consumers will be less likely to conserve energy in the future due to the current lowered gas prices.