European telecoms want US big tech to subsidise their infrastructure 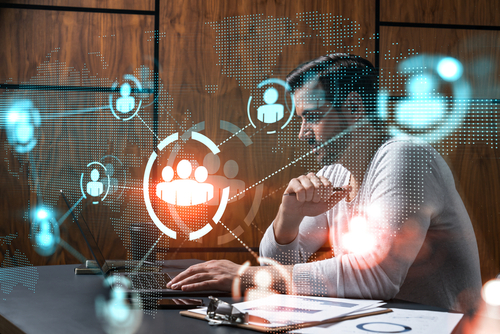 Brussels (Brussels Morning) Some of the largest European telecommunications firms hold that the US-based big tech companies should bear some of the cost of developing Europe’s telecom infrastructure.

Chief executives of Deutsche Telecom, Vodafone and 11 other major European companies argued on Monday that the US big tech companies are using the European infrastructure so heavily, that they should effectively help subsidise it.

In a joint statement shown to Reuters, the European executives emphasise that “a large and increasing part of network traffic is generated and monetised by big tech platforms”, and that handling such traffic requires “continuous, intensive network investment and planning by the telecommunications sector.”

While the European companies did not name any US firms they expect to share the costs with, it is implied they are aiming at Netflix, Facebook, Google and other service providers requiring high bandwidth for their services.

The joint letter comes as the industry is set to make massive investments into 5G, optical fibre and cable networks to cope with the growing demand for bandwidth created by US big tech companies, but also by the increasing number of workers working from home and pupils attending classes online. Last year, investments in the sector reached 52.5 billion euro, marking a six-year record, and investments are expected to continue growing as demand rises. The European telecommunications companies also cited the high prices governments set for spectrum auctions, accusing European governments of using the auctions as cash cows, while maintaining that the prices force unsustainable entrants into the market.