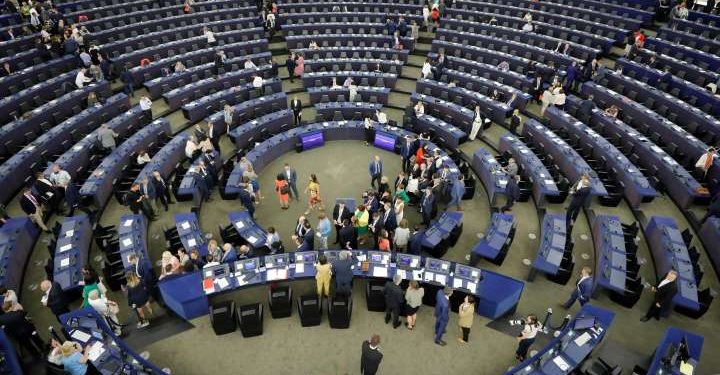 The European Parliament has threatened to block any Brexit trade deal that doesn’t tie Britain into respecting EU standards, as Brussels warned it would not compromise its “fundamental values” for an agreement.

The warning by the EU’s legislature throws up a fresh barrier in stalling Brexit trade talks, reducing EU negotiators’ room for compromise as the clock ticks down to the end of the year. Member states are also putting pressure on the European Commission’s officials to be as tough with Britain as possible.

Kati Piri, the parliament’s rapporteur charged with responding to the negotiations, said consent for the final deal would be “conditional” on a strong “level playingfield” condition, as well as an agreement on fishing.

As rapporteur Ms Piri is responsible for coordinating the parliament’s view on negotiations across political groups and steering the consensus through parliament as a motion.

On Wednesday she told a plenary meeting in Brussels: “I’m proud to say that parliament is united on a strong text with a clear political message, and that message is simple: yes we want a deal, but we will not simply consent to any deal.

“Our consent is conditional on the UK government’s adherence to its own commitments. The UK must respect the political declaration and ensure the full implementation of the withdrawal agreement.

“Let me be very clear: the UK’s expectation to keep the benefits and rights of member states without agreeing to any obligations is not realistic.

“It’s only logical that if you want to have access to the market of 450 million citizens then this will come with conditions. The UK government made a conscious decision to leave the single market. We respect this, but so should the United Kingdom. Without a level playing-field and fisheries there cannot be a trade agreement.”

The Dutch socialist MEP said accused the British government of continuing “to put ideology over the interests of its own people”.

Speaking at the same meeting in the parliament European Commission president Ursula von der Leyen said the bloc would do its best to seal an agreement on new ties with Britain by the end of the year, but would not compromise its core values.

“The negotiations with the UK always promised to be difficult and they have not disappointed,” Ms von der Leyen, the head of the EU’s executive branch, said in her opening remarks.

The president said Boris Johnson had confirmed to her in during a high-level “stock-take” this week that the UK would not seek an extension to talks past December, raising the prospect of a no-deal.

The EU is insisting that the UK commits to maintaining EU standards in areas like state aid, labour rights and environment regulations to stop it undercutting EU products in the future.

“It should be a shared interest for the European Union and the UK to never slide backwards and always advance together towards highest standards,” Ms von der Leyen said.

Concluding the debate, Brexit chief negotiator Michel Barnier told MEPs: “After four years of negotiations we see quite clearly what the strategy is of the UK government. Firstly, it refused any discussion on important subjects: defence, security and development.”

He added: “It’s going to be difficult. It’s possible but the time is very short. It’s the choice of the UK whether they want an agreement, or not, because the conditions for an agreement are already known.”

Mr Barnier confirmed that EU-UK talks would intensify through July, August and September, as requested by the UK last week.

“Our priority is and remains to be to reach an agreement. But we also have the responsibility to prepare for all possible scenarios, whether there is an agreement or there isn’t,” he warned.