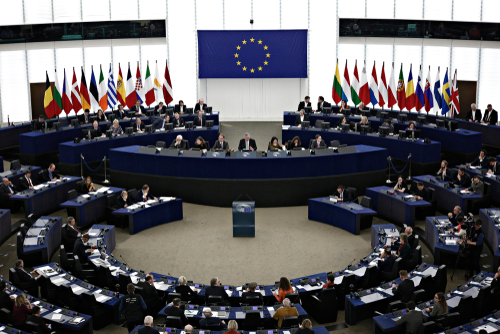 Brussels (Brussels Morning) This week, the European Parliament convenes committee meetings to exchange views and votes on EU financial developments, including the European Central Bank’s annual report and national tax reforms, sustainable forestry in developing countries and toy safety. MEPs are poised to give a further boost to the EU Beating Cancer Plan while the Conference of Presidents will meet in Paris to prepare for the upcoming French Presidency of the Council.

On Monday, the Parliament Economic and Financial Committee votes on the European Central Bank’s annual report 2021 and on a report studying the impact of national tax reforms on the EU economy. MEPs are also set to appraise implementation of the 6th VAT Directive, essentially an attempt to appraise what more needs to be done to reduce the VAT gap in the EU.

Also on Monday, the Parliament Development Committee, together with the European Commission and civil society representatives, will exchange views on sustainable forestry in developing countries.  Special attention will be paid to the challenges and needs of new EU forestry initiatives. These include the promotion of sustainable forest management by encouraging the sustainable use of wood-based resources and/or the provision of financial incentives for forest owners and managers to adopt practices linked to carbon storage and sequestration.

On Thursday, the Internal Market and Consumer Protection Committee will assess how EU rules on toy safety have been implemented and propose measures to ensure that all toys sold on the EU market, including those from non-EU countries and online, are compliant and safe. The Parliament recommendations cover issues such as tackling chemicals in toys and labelling.

Also on Thursday, Parliament’s Special Committee for Beating Cancer will adopt its final recommendations to develop an EU cancer policy that includes fighting inequalities in cancer prevention, treatment and survivorship across Europe. The plan envisages more support for cancer research and innovation, making treatments more accessible and affordable, especially through joint evaluation as well as the negotiation and purchase of expensive cancer medicines.

On Thursday, Parliament’s President David Sassoli and political group leaders will meet in Paris with ministers from the French government, including Prime Minister Castex, and the speaker and members of the National Assembly, to prepare for France’s upcoming six-month Presidency of the EU Council, due to kick-off in 2022.

On Saturday, the three films that will compete for the LUX Audience Award, bestowed by the Parliament and the European Film Academy, are to be announced during the European Film Awards ceremony, which is being broadcast from Berlin.