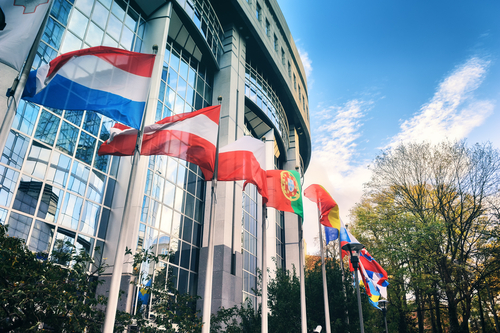 Brussels (Brussels Morning) This week, the European Parliament convenes with committee and group meetings, in Brussels and features votes and debates on taxonomy, Frontex’s budget control, and revision of the trans-European networks for energy (TEN-E). MEPs are also set to debate the 2022 EU budget while a Civil Liberties Committee delegation will visit Hungary to assess its rule of law.

On Monday, MEPs from the ENVI Committee vote on issues related to the taxonomy rules that have been raised by the European Commission. Taxonomy, or the classification of green activities, is to become the basis for the green bond proposed last July by the Commission.

The rules lay out the criteria defining economic activities that qualify as contributing to climate change mitigation or climate change adaptation. Such activities must cause no significant harm to any other environmental objectives. To date, the Parliament has opposed the Commission’s proposals.

Also on Monday, the Budgetary Control Committee is to vote on whether or not to release the EU border agency’s budget, a follow-up to the Parliament’s decision in April to postpone clearing Frontex’s accounts.

At stake are a series of issues such as delays in recruiting fundamental rights officers, gender imbalance, reported cases of harassment and meetings with lobbyists not on the EU transparency register.

Revision of the TEN-E

On Tuesday, MEPs from the Industry and Energy Committee (ITRE) will vote on new EU guidelines for selecting projects to be financed under the revised terms of the 2013 trans-European networks for energy (TEN-E).

Following the launch of the European Green Deal, the Parliament stepped up work on the revision of the TEN-E regulation to modernise, decarbonise and interconnect the EU’s cross-border energy infrastructure.

Tuesday also sees the Budget Committee set out its negotiating position on the EU budget for 2022. MEPs are to discuss ways to change the budget rules in order to deal with the huge rise in government debt during the COVID-19 pandemic. They will also examine how best to promote spending to tackle climate change. Parliament is trying to stop a proposed 316 million euro cut to the 2022 Horizon Europe budget, considered essential to achieve the EU’s 2030 decarbonisation targets.

A Civil Liberties Committee delegation travels to Budapest this week to assess issues related to the rule of law, media freedom, the education system and minority rights in the country.

The Commission’s negotiations with Hungary (and Poland) to approve their COVID-19 recovery plans remain stalled because of concerns regarding the rule of law.

MEPs will meet the Mayor of Budapest, members of the Supreme and Constitutional Courts, the Fundamental Rights Commissioner, NGOs and journalists during their visit.