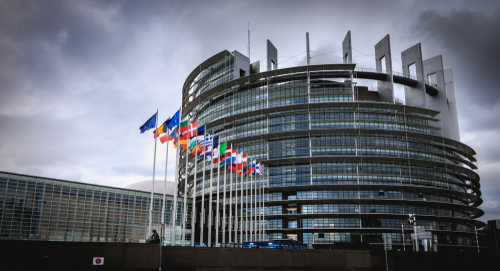 Brussels (Brussels Morning) This week, the European Parliament is convening committee meetings to review member state Recovery and Resilience Facility (RRF) plans that are currently being submitted. The parliamentary agenda also features items on Russian interference in the EU, the treatment of migrants and Frontex’s role, media freedom in the EU and sexual and reproductive health.

On Monday, MEPs will discuss with Commission Executive Vice-President Dombrovskis and Finance and Economy Commissioner Paolo Gentiloni the 672 billion euro Recovery and Resilience Facility (RRF) and the individual plans being submitted by member states. The meeting is the first of a series in which MEPs and the Commission will convene every two months to discuss progress in the implementation of the Facility.

The RRF is the key instrument at the heart of NextGenerationEU, the EU’s plan to emerge stronger and more resilient from the COVID-19 pandemic. Significant challenges related to oversight and fraud prevention and control are among the topics starting to surface in EU and national-level discussions.

On Monday, the Special Committee on foreign interference in all democratic processes in the EU (INGE) will review with Mikhail Khodorkovsky, his Dossier Centre organisation’s findings on Russian interference in EU affairs and in various EU member states. He is the former head of the Russian Yukos oil group, now living in exile.

Still on Russia, the Committee on Foreign Affairs will discuss the EU’s long-term strategy towards Russia, just days after the Russian Federation imposed an entry ban on Parliament President David Sassoli along with seven other EU officials.

On Monday, MEPs on the Civil Liberties Committee are being joined by journalists from the German weekly Der Spiegel and the investigative outlet Lighthouse Reports to discuss their latest investigations into the migration situation in the Mediterranean and alleged breaches of fundamental rights involving Frontex staff.

The Committees on Legal Affairs and Civil Liberties will examine how to best protect media and civil society organisations from so-called SLAPPs — strategic lawsuits against public participation — which are used to silence or intimidate press freedoms. MEPs have been calling for legislation in this field since 2018.

Sexual and reproductive healthOn Tuesday, Women’s Rights Committee MEPs are set to critically address the backlash against sexual and reproductive health and rights of women in the EU, which has been contributing to the erosion of acquired rights and endangering women’s health. The report to be voted on is expected to be especially critical of Poland, which has declared abortion unconstitutional.