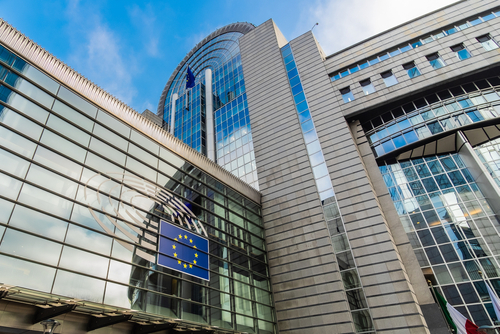 Brussels (Brussels Morning) This week, the European Parliament meets in plenary sessions, with MEPs scheduled to discuss and vote on the Just Transition Fund, the hydrogen strategy and EU energy system integration. Parliament will address the spiraling Israel/Palestine confrontation. The week’s agenda also features a debate on making COVID-19 passports operational in time for the summer period, as well as the adoption of three EU programmes — Erasmus, Creative Europe, and the European Solidarity Corps. MEPs will address the issue of environmental liability and will also assess developments regarding Turkey’s and Montenegro’s EU aspirations.

MEPs from the Committee of Regions are set to adopt the 17.5 billion euro Just Transition Fund which is intended to mitigate the social impact of greening the economy by helping EU member states address the social and economic impact of the transition to climate neutrality. The debate is on Monday with voting on Tuesday.

The fund will focus on least developed regions, outermost territories and islands. Financial support for investments is dependent on commitment towards climate neutrality by 2050. Investments linked to waste incineration and fossil fuels will be excluded from grant eligibility.

On Monday, the Industry and Research Committee will debate the strategy for hydrogen and how to integrate the EU’s energy systems for the acceptance of new renewable gases.

The EU’s hydrogen strategy for a climate-neutral Europe lays down three strategic phases all of which are focused on scaling up both supply and demand for renewable hydrogen. Parliament will vote on proposed amendments on Tuesday.

Parliament, Council and Commission negotiators will convene, on Tuesday, in an attempt to wrap up a deal establishing an EU certificate to attests that a person has been vaccinated against COVID-19, has a negative test result or has recovered from the virus. The EU expects an affirmative decision to pave the way for smooth and safe travel within the bloc as of the end of June.

On Tuesday afternoon, MEPs in the Foreign Affairs Committee discuss the unrest and violence between Israel and Palestine, which, in recent days has witnessed some of the worst clashes between Israelis and Palestinians in years.

On Tuesday, Parliament’s Culture Committee is set to adopt three 2021-2027 EU programmes — the Erasmus education, training, youth and sports programme, worth 28 billion euro; the Creative Europe programme, the biggest ever commitment to support EU cultural and creative sectors, totaling 2.2 billion euro; and the European Solidarity Corps volunteer programme for young people in Europe and beyond, which has a one billion euro budget.

In particular, the draft text calls on the Commission to examine ways in which “ecocide” can be recognised under EU law.

On Tuesday, MEPs are to discuss recent developments in Turkey and Montenegro’s EU accession negotiations. In two resolutions being put to the vote on Wednesday, MEPs are expected to condemn the Turkish government for distancing itself from EU values and standards, and to support Montenegro’s progress towards EU membership.