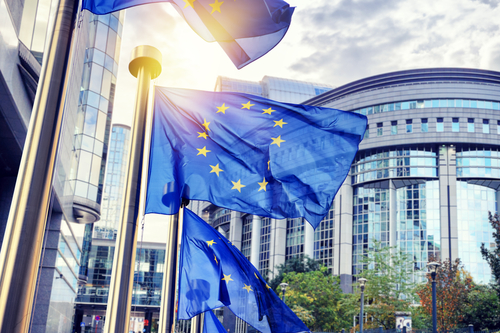 Brussels (Brussels Morning) This week, the European Parliament convenes with a plenary session in Strasbourg that features debates and votes on the European Health Union, LGBTIQ rights, and the situation in Afghanistan, in the case of the latter with special reference to women’s and children’s rights. A highlight of the week will be the European Commission President’s State of the EU speech. Finally, MEPs will discuss media freedom in Poland and convene the first meetings under the Conference on the Future of Europe.

On Monday, Parliament votes on two proposals to enhance the EU health security framework. In the context of the European Health Union, the proposals seek to improve the response capacity for dealing with cross-border health crises by strengthening disease prevention mechanisms and cross-border cooperation. The vote will be held on Wednesday.

Also on Monday, Parliament will vote on a resolution assessing problems and discrimination experienced by LGBTIQ citizens and families in Europe. The Parliament is calling for pan-European recognition of same-sex spouses and registered partners, maintaining that they should enjoy the same rights across all EU member states. MEPs additionally maintain that the rights of parents of rainbow families should be consistently recognised across the EU.

On Tuesday, MEPs will review and debate with EU Foreign Policy Chief Josep Borrell the humanitarian and migration crisis in Afghanistan. The Parliament is expected to discuss the EU’s reaction to the unfolding situation, as well as how Europe can help vulnerable people and those in need of protection in Afghanistan — particularly women and children — and how to engage with the Taliban.

On Tuesday, MEPs are set to give their final approval to the reform of the EU’s Blue Card legislation, to facilitate the employment of highly qualified third country nationals in Europe. Under the revised rules, the EU expects to provide greater flexibility, improved conditions and simplified mobility, placing the EU firmly among the top destinations for highly qualified workers.

State of the European Union

On Wednesday, Commission President Ursula von der Leyen will deliver her State of the European Union address to the Parliament. Von der Leyen is set to outline the impact of the Commission’s work in the past year, particularly in tackling the COVID-19 health and economic crisis, and to share her vision for responding to the challenges facing the EU.

Media Freedom and Rule of Law in Poland

Also on Wednesday, MEPs will assess continuing attacks on media freedom and the rule of law. In particular, they will consider new broadcasting legislation which may threaten media pluralism, as well as the latest Polish challenge to the principles of the primacy of EU law and sincere cooperation between the EU and its member states.

Conference of the Future of Europe

The European Citizens’ Panels, an outcome of the Conference on the Future of Europe, will kick off discussions with an inaugural gathering of 200-citizens from Friday to Sunday in Strasbourg. The focus will be on concerns about a stronger economy, social justice, jobs/education, youth, culture, and digital transformation.

The Panels are expected to come up with ideas and recommendations that will feed into the overall Conference deliberations, in particular into the Conference Plenaries, and ultimately feature in report on the final outcome.