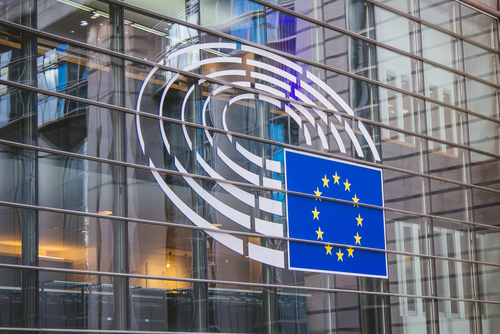 Brussels (Brussels Morning) This week, the European Parliament convenes during a plenary session to debate and vote on gender equality, the Russian threat to Ukraine and measures to end discrimination against EU firms. MEPs will also debate unfair practices by big online platforms, the upcoming European Council summit and an overview of the COVID-19 resurgence across the EU. Parliament will also take stock of the national recovery plans and discuss rule of law issues in Slovenia and in Poland.

On Monday, MEPs will demand concrete measures to improve gender equality, such as equal pay and treatment as well as ensuring a better balance between professional and private life.

Parliament will defend those policies intended to achieve equality that need to be formulated by EU countries including solutions that should uphold women’s rights. MEPs also want to see maternity and parental leave on full pay made more widely available and are expected to demand action in response to any attempts that might challenge these rights.

On Tuesday, MEPs will vote on a new International Procurement Instrument (IPI) that introduces measures to limit non-EU companies’ access to the open EU public procurement market should European firms not be afforded similar access in third countries.

Once adopted, IPI will be a key instrument for European industry in situations where EU companies are confronted with having to challenge access to third country procurement markets due to lack of transparency and local content requirements in public tenders.

On Tuesday afternoon, MEPs will discuss with EU Foreign Policy Chief Josep Borrell the large-scale Russian military build-up along the Ukrainian border, amid fears that Russia might invade Ukraine. Experts are divided on whether Moscow is planning an imminent foray, or merely posturing in an effort to win geopolitical sway.

Also, Parliament will debate on Tuesday, and vote next day, Wednesday, on its position on the Digital Markets Act, which sets the rules for what big online platforms are allowed to do and not do in the EU. A few large online platforms are seen as “gatekeepers” between businesses and consumers, creating bottlenecks in the economy because of their market power and control over digital ecosystems, and the ensuing negative impact that can have on fair competition.

On Wednesday morning, MEPs will debate with the Commission and the Slovenian Presidency the December 16 European Council summit and the EU’s response to the resurgence of COVID-19. With the Omicron variant circulating across the EU, governments have been prompted to implement more restrictive measures, unleashing several protests in several European cities, including Brussels, Paris, Berlin, Madrid, Vienna.

Wednesday afternoon, MEPs will discuss whether post-COVID-19 national recovery plans meet the agreed targets and milestones as well as the situation in countries that have not yet had their plans approved.

The funds link to Europe’s plan to recover from the economic and social turmoil of the pandemic and are aimed at helping member states create jobs and to design a green and digital future. MEPs will also debate how to avoid corruption, irregular spending and misuse of EU and national funds in the context of crisis and emergencies.

Rule of law and fundamental rights in Slovenia and Poland

On Thursday, MEPs will vote on a resolution on the situation of rule of law issues in Slovenia, following-up on last sessions’ debate. They will also assess recent events in Poland, dealing with stranded migrants on the Belarus border, that could otherwise increase the country’s risk of moving further away from European values.