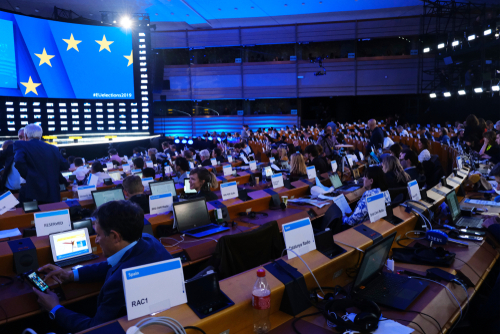 Brussels (Brussels Morning) This week, European Parliament committee meetings will feature discussions and debates on the EU’s critical infrastructure, the EU position on climate change ahead of the upcoming COP26 and an assessment of the rule of law in Slovenia. Also slated for discussion are the revision of roaming legislation and the state of media freedom in the Union.

On Monday, the Civil Liberties Committee votes on a legislative proposal to better protect EU critical infrastructure for essential services such as energy, transport and drinking water. MEPs are expected to address cybersecurity measures to avoid the disruption of critical services and goods. The proposed rules would help EU countries prevent, resist and recover from disruptive incidents, such as natural disasters, acts of terrorism or public health emergencies.

On Tuesday, the Parliament’s Environment Committee will determine its input to the EU position ahead of the November UN Climate Change Conference — COP26. MEPs are set to call for more ambitious 2030 emissions-reduction targets and for additional climate finance for developing countries. The COP26 being held in Glasgow, marks the first opportunity to review and take stock of the implementation of the Paris Agreement.

Rule of law in Slovenia

From Wednesday to Friday, a Civil Liberties Committee delegation will be in Ljubljana to assess the situation regarding the rule of law and media freedom in the country. A recent report from Media Freedom Rapid Response denounced the “growing problem” with media freedom in the country, where independent journalism has been coming under sustained pressure. During their visit, MEPs will meet NGOs, representatives of academia, the government Ombudsman, journalists, state prosecutors and high-level government officials.

On Thursday, a proposal for a ten-year extension of current EU rules on the end of roaming charges, which are due to expire in 2022, is the subject of a vote by the Parliament’s Industry Committee. The renewed legislation would also provide travellers with the same mobile network quality and speed as at home and would improve mobile access to emergency services for people with disabilities.

Media Freedom
Also on Thursday, the Civil Liberties and the Legal Affairs committees will propose measures to strengthen media freedom and pluralism in the EU by curbing the phenomenon of vexatious lawsuits designed to silence journalists, NGOs and civil society. Parliament’s proposals will feed into upcoming initiatives by the Commission against SLAPPs — Strategic Lawsuits Against Public Participation.