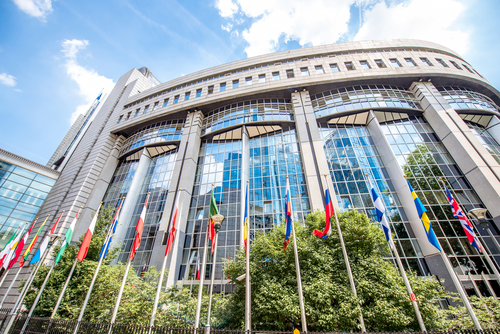 Brussels (Brussels Morning) This week, the European Parliament gathers for a hybrid plenary session — in Strasbourg and remotely — to discuss the surge of COVID-19 cases in Europe, to vote on EU farm policy and to assess the outcome of the COP26 in Glasgow. Parliament MEPs are also set to vote on the EU budget 2022 and to discuss the ongoing humanitarian/migrant crisis on the border between Poland and Belarus. A discussion on the rule of law in Slovenia and media freedom is also scheduled, a follow-up to the visit there by a delegation of MEPs in October.

On Monday, Parliament reviews the current resurgence of COVID-19 cases across the EU with the European Commission in order to determine future EU actions including how to more effectively coordinate member state measures. As the numbers of infections and hospitalisations continue to rise, countries like Belgium and Germany are reintroducing restrictive measures. In Austria, a nationwide lockdown has been announced, which is to be followed by mandatory vaccination as of February 2022.

On Monday evening, the Internal Market and Consumer Protection Committee is to vote on a draft law that is intended to end unfair practices by the big online platforms’ so-called “gatekeepers”. The law would allow the Commission to impose fines to regulate and sanction such behaviour. The vote follows the recent address to the EP by the former Facebook executive, whistleblower Frances Haugen, who urged MEPs to lead the way in setting the global standard with the Digital Services Act and the Digital Markets Act and to shape the digital economy at EU level.

MEPs will give the green light to the new Common Agriculture Policy (CAP), on Tuesday. Three new EU laws are in the works aimed at aligning the CAP policy with the EU’s environmental and climate commitments, under the European Green Deal. The legislation is intended to create a fairer system, especially with regard to small and medium-sized farms and young farmers, as well as greater flexibility in the use of EU support and added transparency.

Tuesday afternoon, MEPs will hold a separate debate with the Council and the Commission on the security and humanitarian consequences of the situation in Belarus and at its border with the EU. The next day, the Parliament’s President David Sassoli will meet with Belarusian opposition leader Sviatlana Tsikhanouskaya, before she addresses the plenary.

Also on Tuesday, the plenary will review the October 21-22 European Council with President Charles Michel and the Commission. Topics to be raised by MEPs include the EU’s response to COVID-19, the surge in energy prices, and the situation of the rule of law in the EU.

On Wednesday, MEPs will debate the outcome of the COP26 negotiations with the Commission President Ursula von der Leyen, following up on the deal reached in Glasgow on 13 November. The COP26’s failure to deliver the pragmatic actions and meaningful agreements its critics from the environmental NGOs had hoped for, left many of them claiming that the EU should do much more. The belated announcement by countries like China and India that they would phase down rather than phase out coal was cited by NGOs as an example of their sense of let down and a cause for concern.

Rule of law in Slovenia

On Wednesday, MEPs will assess media freedom and the state of democracy in Slovenia, as well as the country’s delay in appointing a representative to the EU Prosecutor’s Office. The debate follows the visit by a delegation from the Parliament to Slovenia in October, which had confirmed rule of law concerns. MEPs in the delegation witnessed the pressure being brought to bear on state-monitoring institutions and were exposed to the hostile hate-speech of Prime Minister PM Janez Janša.