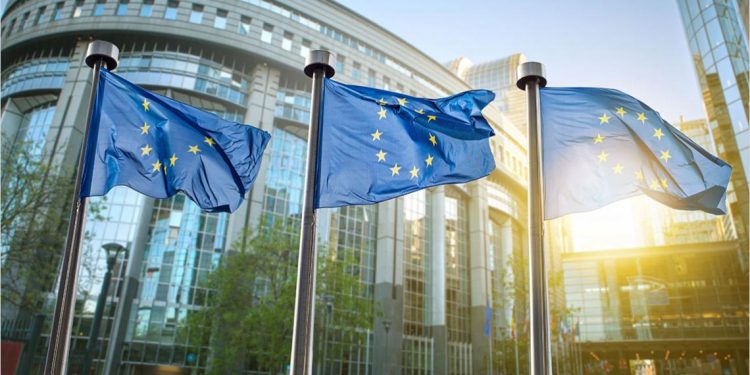 Brussels (Brussels Morning) This week, the European Parliament’s agenda features debates on the
welfare of bees and the protection of pollinators and their role, an exchange of views with the
European Central Bank (ECB) and the Eurogroup on financial issues. It will also include a
presentation of best practices on how to tackle and counter hybrid threats and foreign intervention
in the political sphere. MEPs are also set to move on an enhanced role for the European Medicines
Agency (EMA) and a strengthened Climate Law. Regional development and the future EU-US
relations also feature on the week’s agenda.

Starting the week, the Environment and Public Health Committee will review the protection of pollinators and overall bee health with the European Commission and the European Food Safety Authority.

Parliament has raised concerns about the ongoing revision of guidelines for bee welfare in relation to the impact assessment of plant protection products on honeybees. MEPs have also flagged the importance of pollinators to agriculture and how their decline threatens food production.

On Monday, members of the Economic and Monetary Affairs Committee will hold separate discussions to assess the impact of prolonged negative interest rates and the possible effects of US macroeconomic policies on the euro area with the ECB’s President Christine Lagarde and with the Eurogroup’s President Paschal Donohoe.

On Tuesday, the Committee on Foreign Interference will present best practices from Finland,
Sweden and Australia in countering hybrid threats and on the external financing of EU political
parties. MEPs will also discuss quality journalism and media literacy in light of foreign interference.

Also on Tuesday, the ENVI Committee will vote on a proposal to strengthen EMA’s role in crisis preparedness and in its management of medicinal products and medical devices. The decision to reinforce and strengthen the agency’s responsibilities is based on lessons learned during the COVID-19 pandemic.

On Thursday, MEPs are set to adopt the new EU Climate Law, which is set to raise the EU’s 2030 emissions reductions target from 40% to at least 55% and to transform political promises by making the pledge to render the EU climate neutral by 2050 a binding obligation.

On Wednesday, Parliament is to debate the potential green light for EU funds — worth 251 billion euro — to strengthen the EU’s economic, social and territorial cohesion. The focus will be on climate action, social programmes, sustainable urban development and supporting recovery from the COVID-19 pandemic. A vote will be held on Thursday.

On Thursday, MEPs of the Committee on Foreign Affairs will exchange views with the delegation for relations with the US, represented by Amanda Sloat.

Following the EU-US summit, both parties are trying to harness the new momentum in trans-Atlantic relations and identify potential areas for common action during the Biden presidency.

EU and US officials are set to discuss the delivery of an EU-US Summit statement on a renewed trans-Atlantic partnership and a new EU-US agenda for global change.

Based on the results of a recent study conducted by the German Marshall Fund and the Bertelsmann Foundation, President Biden has not won back the international standing once enjoyed by the US.