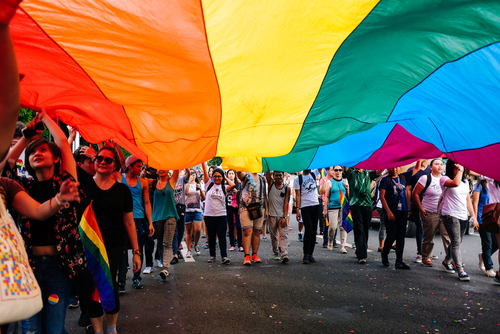 Brussels (Brussels Morning) The European Parliament passed a resolution on Thursday declaring the European Union to be an “LGBTIQ” freedom zone, seeking to ensure protection for lesbian, gay, bisexual, transgender, intersex and queer communities across the bloc, Deutsche Welle reported.

The resolution, passed with 492 votes in favour, 141 against and 46 abstained, stresses that “LGBTIQ rights are human rights”, and targets the “growing hate speech by public authorities and elected officials”.

The text of the resolution specifically calls out Poland’s President Anrzej Duda, who was re-elected last year after publicly speaking out against LBGT rights and referring to members of the community as a threat to traditional families.

The resolution also criticised Hungary for having “severely hindered” fundamental rights with its de facto ban on legal gender recognition for transgender and intersex people. Other discriminatory legislation and practices among EU member states came in for criticism as well.

The resolution received support from European Commission President Ursula von der Leyen ahead of the vote. “Being yourself is not an ideology. It’s your identity. No one can ever take it away,” von der Leyen said in a Twitter post on Wednesday.

The European Parliament’s move is seen as largely symbolic, since the resolution holds no enforcement powers, but it could persuade the Commission to take concrete action in tackling LGBT issues across the bloc.