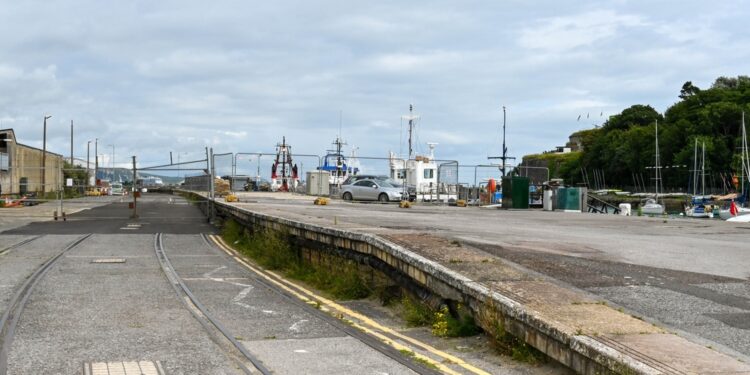 Brussels, (Brussels Morning)- The European Court of Justice ruled on Thursday in the case concerning the freight railway that connects the port of Brussels with the Belgian railway network. Thanks to the ruling, the rescue plan that the Brussels government had drawn up for the railway in consultation with the federal government, rail network manager Infrabel and the port authority remains in place.

The Federal Fund for Railway Infrastructure (FSI) decided in 2004 to prepare and sell the former Schaerbeek-Vorming railway junction in the north of the Brussels region. However, that meant that the railway line connecting the site to the nearby port of Brussels would also be decommissioned – which actually happened in 2021 as reported by BRUZZ. Because the only railway connection from the port of Brussels to the Belgian railway network was destroyed in this way, the port authorities and the Brussels region went to court.

The Brussels Court of Appeal then referred a preliminary question to the European Court of Justice. The judge in Luxembourg has now answered that a rail connection that is part of the trans-European network may in principle not be abolished. Exceptional circumstances allow this, but a lack of maintenance or a plan to monetize the domain concerned are not covered. It is also important that the court clarifies that an existing connection may be replaced by a “new connection with the same type of infrastructure”.

In this way, the rescue plan that is being worked out for the endangered harbour railway can be maintained. In March 2022, Brussels Environment Minister Alain Maron (Ecolo) announced that an agreement in principle has been concluded with the federal government, Infrabel and the port to save the rail infrastructure at Schaerbeek-Forming. In this way, the site can also be accessed by rail in the future, for example if new economic activities are developed there. In addition, the port and the Belgian railway network can take up to 18,500 trucks from the Brussels ring road, it was said at the time.

The technical solution that has been developed consists in preserving the infrastructure by slightly modifying the route of the railway. The fact that the European Court now says that an existing connection may be replaced means that that solution can be preserved.