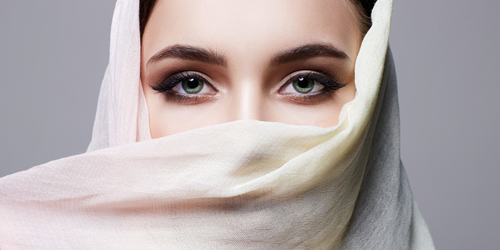 Brussels (Brussels Morning) The European Court of Justice has determined that it can be legal for employers to ban the wearing of headscarves in specific circumstances. It was ruling against two German women who had brought the case to the court after being suspended from their jobs.

Thursday’s ruling emphasised that, while employers may ban the wearing of visible symbols of religious or political beliefs, there has to be a “genuine need” on their part to present a neutral image to the public. Moreover, any ban has to consider the rights and interests of the employee and full account must also be taken of national legislation on freedom of religion.

The two women plaintiffs had been suspended from their jobs after they started wearing the hijab, the headscarves viewed as symbols of their religion by Muslim women. Neither had worn the hijab when they first started working, having only opted to do so years later, after returning to their respective jobs from parental leave.

One woman was employed as a special needs carer by a charity-run childcare centre in Hamburg, while the other worked as a cashier at the Müller pharmacy chain. Both were informed by their employers that the wearing of headscarves was not allowed at work. They were warned to stop wearing them or find another job, before being suspended from work.

In its ruling on Thursday, the Court of Justice found that, provided there is a genuine need on the employer’s part to pursue a policy of political, philosophical and religious neutrality, such a workplace ban must extend to covering all visible symbols of religious, political and philosophical affiliations, since otherwise it would be discriminatory. The Court noted that banning only “conspicuous, large-sized signs” like headscarves would amount to discrimination against the religions and beliefs they symbolized.

Critics of the court’s ruling claim, however, that the ECJ has, in effect, legalised discrimination against Muslim women, by giving companies a free pass to adopt racist hiring practices. They report that the ruling is being openly celebrated by far-right groups and politicians.