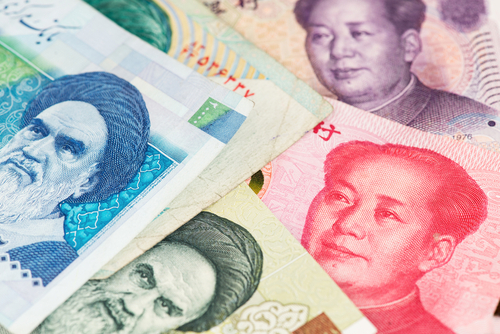 Brussels (Brussels Morning) France, Germany and the UK have expressed concern over Iran’s uranium enrichment, pointing out that the country has reportedly stepped up its processing efforts.

The three European countries pointed out that the move presents violation of Iran’s commitments at a time when it is negotiating with Western countries to revive the nuclear deal, according to Reuters reporting on Thursday.

In a report that has not been released yet, the International Atomic Energy Agency (IAEA) noted that Iran is enriching uranium to near weapons grade. The report warns that Iran has produced uranium metal with up to 20% fissile purity and increased production capacity for enrichment up to 60%.

The IAEA pointed out that both steps are important in the development of nuclear weapons, but Iran insists that it wants to make nuclear reactor fuel, stressing that motivations behind its nuclear program are peaceful.

France, Germany and the UK stressed in the joint statement that “Iran must halt activities in violation of the Joint Comprehensive Plan of Action (JCPOA) without delay.”

“We urge Iran to return to the negotiations in Vienna as soon as possible with a view to bringing them to a swift, successful conclusion,” the statement reads and concludes “we have repeatedly stressed that time is on no-one’s side.”

Iran’s new efforts are the latest violation of the JCPOA, which limited the purity of uranium that Iran may produce. Western countries have warned Iran that the violations jeopardise negotiations on reviving the nuclear deal.

The White House announced on Wednesday that US President Joe Biden is to discuss global security, including Iran, with Israeli Prime Minister Naftali Bennett next week.

Bennett noted that the meeting “will focus on Iran” and announced plans to arrive for it “very focused with a policy of partnership that aims to curb Iran’s destabilising, negative regional activity, its human rights abuses, terrorism and preventing its nearing nuclear breakout.”