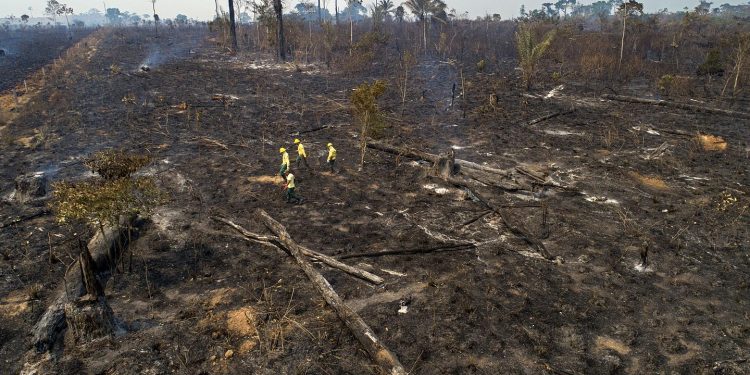 Eight European countries have urged Brazil to take action against deforestation in the Amazon rainforest, which they claim is jeopardizing Europe’s determination to source food and other products in a sustainable manner, according to Reuters  reporting on Wednesday.

The group making the appeal consists of the seven members of the Amsterdam Declarations Partnership (Britain, Denmark, France, Germany, Italy, the Netherlands and Norway) plus Belgium, the non-member co-signatory.

Brazil’s Vice President Hamilton Mourão, in charge of Brazilian Government’s Amazon conservation efforts, responded by claiming that the call was part of Europe’s protectionist strategy. The eight European countries had sent an open letter to Mourão on Tuesday stating their concern that Brazil’s previously strong environmental protection effort had weakened.

European politicians and investors are pressuring Brazil to strengthen its environmental protection efforts in the wake of rising deforestation, hoping to finalize the free trade agreement outlined in 2019.

In an open letter, the eight signatories pointed out how Europe is encouraging linkages with supply chains free of deforestation, whereas rising deforestation in the Amazon is making it increasingly difficult for businesses to meet their environmental criteria. The signatories called on Brazil to reaffirm its commitment to reducing deforestation through decisive action, pointing out how praiseworthy its previous environmental protection efforts had been. Lamenting the fact that deforestation has picked up pace recently, all eight indicated readiness to intensify talks with Brazil on environmental issues.

Mourão announced that Brazil’s Ministry of Foreign Affairs will arrange a meeting with the German Ambassador to Brazil, Georg Witschel, and also that it would organize a broader meeting with representatives of other countries if needed. Germany currently heads the Amsterdam Declarations Partnership.

Mourão pointed out that the letter has nothing to do with investors, and that the move to crack down on deforestation comes as a part of the European countries’ trade strategy.