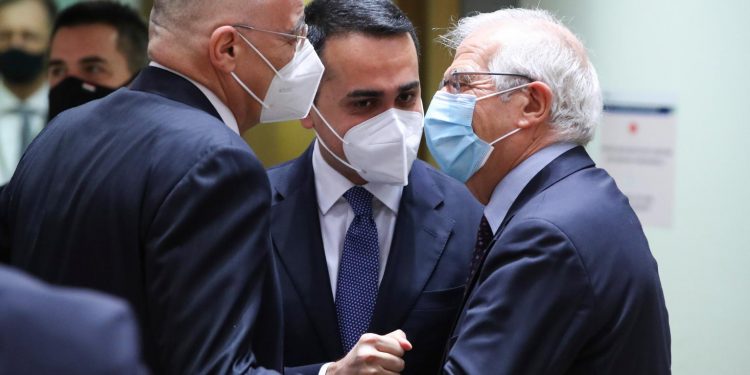 The officials include six justices of the Constitutional Chamber of the Supreme Court, three leading members of the National Electoral Council, five leading military figures, two National Assembly members elected in the non-democratic elections in 2020, a regional State Governor, deputy interior minister and head of the national police agency.

The Council imposed “targeted restrictive measures” against the Venezuelan officials it deems responsible for the deteriorating situation of human rights, rule of law and democracy in Venezuela. The measures are to include travel bans and asset freezes, and are designed not to have adverse humanitarian effects on the Venezuelan population.

After the 6 December, 2020 elections, the EU refused to recognise the results, concluding that polling was held without a national agreement on electoral conditions and that there was failure to comply with the international standards for a democratic process.

Despite not recognising the results, the EU downgraded its diplomatic position on the leader of the 2015 National Assembly, Juan Guaido. The EU still considers the 2015 elections to have been the last free expression of Venezuelan voters in an electoral process. However, on 6 January, it ceased recognising Guaido as interim president, and now addresses him as a “privileged interlocutor”.

The official EU position, after the Foreign Affairs Council meeting in January, is that the only way out of the crisis in Venezuela is “to resume political negotiations promptly and to urgently establish a Venezuelan-led dialogue and transition process leading to credible, inclusive and transparent local, legislative and presidential elections.”

Meanwhile, the regime of the unrecognised president Nicolas Maduro is piling up human rights abuses and clamping down on opposition. A UN fact-finding mission concluded in September last year that the regime is committing crimes against humanity, while the Office of the UN High Commissioner for Human Rights has reported that more than 7,000 political executions have been carried out by the regime.