European Commission to be only enforcer of new EU tech rules 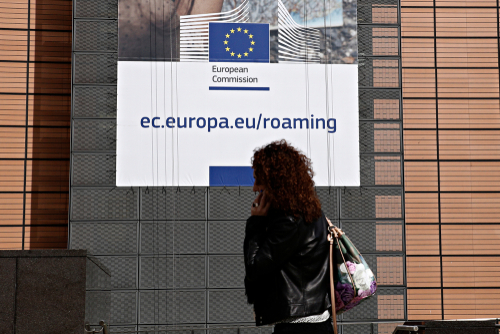 Brussels (Brussels Morning) Representatives from all 27 EU countries have agreed to make the European Commission the sole enforcer of the bloc’s future tech rules, with national antitrust agencies holding only a limited role in enforcement procedures.

The EU ministers are set to formally ratify this provision as part of the EU Council’s common position ahead of the trialogue on the Digital Markets Act (DMA), the draft legislation intended to curb the powers of the big tech companies – Google, Facebook, Apple and Amazon.

The EU 27 decision comes despite protests from a number of national antitrust agencies, including French and German, which argued they should have a bigger role in holding the tech companies to account, citing their previous expertise in digital cases.

A working group drafting the Council’s common position included a provision saying “the Commission is the sole authority empowered to enforce this Regulation”, according to an internal document cited by Reuters.

“In order to support the Commission, member states may empower competent authorities enforcing competition rules to conduct investigative measures into possible infringements of obligations for gatekeepers”, the document states, while emphasising that the Commission will have the final say as to whether an investigation should be opened or not.

The DMA was proposed last year by EU antitrust chief Margrethe Vestager, since becoming one of the most debated pieces of draft legislation in the EU, as various groups attempted to either expand or reduce its scope.

The Greens argue for the DMA to cast a wider net, encompassing EU’s digital companies as well as the US-based digital giants, while the EPP seems set to limit the scope of the regulations to apply only to the “big four”.
A trade group of cloud computing companies argued late last month that the DMA should include not just digital markets, but should encompass cloud computing services, thereby empowering the Commission to monitor and react to anti-competitive practices by big cloud computing services providers.