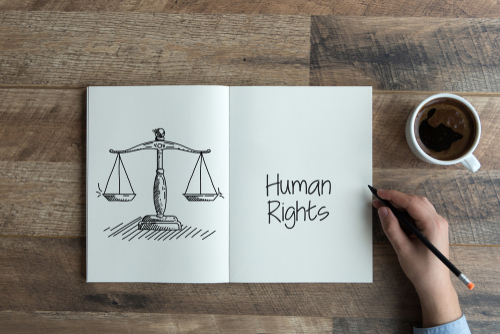 The last time Borrell answered a parliamentary question on the state of human rights in Bahrain was on 3 February this year, a week before he met with Al Zayani. Asked by a group of GUE/NGL and S&D MEPs on 7 December whether he would raise the cases of 12 activists currently awaiting the death penalty and demand the sentences be overturned, Borrell promised to address “pertinent issues of concern”, including the individual cases of Bahraini death row inmates.

However, the European External Action Service (EEAS) press release issued following his meeting with Al Zayani barely touched upon the human rights issue, merely noting that the “importance of human rights in the bilateral relationship was underlined”.

In contrast, the release focused on enhancing bilateral relations and the Cooperation Agreement signed by the two diplomats, aimed at providing an institutional framework for cooperation in areas of trade, research, innovation, clean energy and renewables.

Some three weeks later, on 11 March, International Partnerships Commissioner Jutta Urpilainen addressed the Parliament on behalf of Borrell, assuring MEPs that the human rights situation in Bahrain had been comprehensively discussed. Painting a drastically different picture than the EEAS release, Urpilainen claimed that the issue of human rights was presented to Al Zayani as a “key element of EU-Bahrain relations”.

Speaking on behalf of the EEAS, Urpilainen assured the MEPs that the EU has been encouraging Bahrain to introduce a moratorium on executions and had raised the cases of imprisoned activists and human rights defenders. He pledged that the service would continue to push on in this field.

On the same day, an overwhelming majority of MEPs passed a resolution condemning the Bahraini government’s practices, calling for an immediate moratorium on the death penalty, and the release of human rights activists, as well as condemning the use of torture and denial of medical care. However, since then, the issue has remained unaddressed.

Prompted by the death of Abbas Malallah, a political prisoner whose death has been attributed to the denial of adequate medical care, PPE’s MEP Fulvio Matrusciello asked Borrell on 15 April what measures he had taken to hold the Bahraini government accountable for its ongoing mistreatment of prisoners. The question remains unanswered.

MEP Rosa Estaràs Ferragut, also of PPE, likewise addressed Borrell in a 22 April question, asking for clarification about the current status of the EU-Bahrain dialogue, and what action he intended to take in response to the MEPs’ resolution on Bahrain.
Still awaiting answers to previous questions, S&D MEP Dietmar Köster asked Borrell on 9 June whether he had scheduled the informal EU-Bahrain Human Rights Dialogue, how the EEAS planned to raise the issues of civil society and political opposition crackdowns in Bahrain, and how he planned to persuade the country to take concrete measures ensuring justice and human rights. Borrell has yet to answer.