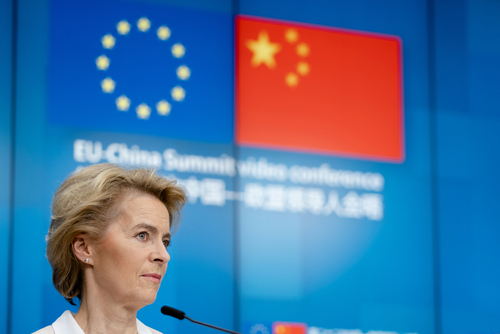 Brussels (Brussels Morning) The controversy surrounding the manufacturing and supply of COVID-19 vaccines remains to the fore high on this week’s European Commission agenda. Energy issues, from gas to hydrogen, and assess the impact of lockdown measures on children’s development will also feature.

On Monday, following his visit to Russia, EU High Representative Josep Borrell will discuss EU-China relations with China’s Minister for Foreign Affairs of China, Wang Yi. During a Robert Schuman Foundation seminar, Borrell spoke of the current “confrontation for world leadership”. He described China as a “power in every respect”. He observed that it was vital for the EU to maintain stable relations with Beijing in bolstering its own global role.

On the same day, Commissioner Jutta Urpilainen will discuss vaccine equity and how resilience can be developed across EU societies and communities at a high level event hosted by the Organisation for Economic Co-operation and Development.

The vaccination controversy will come under further scrutiny during the week, with Commission President Ursula von der Leyen set to address MEPs on Wednesday during the European Parliament’s plenary debate on the EU’s COVID-19 vaccination strategy. This follows Von der Leyen’s recent acknowledgement that the EU “underestimated” the capacity of the pharmaceutical manufacturers to mass deliver vaccines in a timely fashion.

On Tuesday, Democracy and Demography Commissioner Dubravka Šuica will discuss the effects of the COVID-19-induced lockdowns on children with the President of Eurochild. On Wednesday, Šuica is to meet with experts on deliberative democracy to discuss the Conference on the Future of Europe. Last week, member states agreed on the Conference format, which was proposed by the EU Portuguese presidency, after a year’s delay caused by the COVID-19 outbreak.

On Thursday, Commissioner for Neighborhood and Enlargement Olivér Várhelyiand Energy Commissioner Kadri Simson are to attend the ministerial meeting of the Southern Gas Corridor Advisory Council. The Council is a Commission initiative for a natural gas supply route from the Caspian and Middle Eastern regions to Europe that began commercial operations in mid-November last year. Its purpose is to reduce Europe’s dependency on Russian gas and to provide alternative sources of energy supply.

On Friday, Commissioner Simson will address issues related to the dynamic and prospects for energy transition accelerated by hydrogen in Central and Eastern Europe. The context is the Commission’s hydrogen strategy launched in July 2020.Towards the end of the week, Values and Transparency Commissioner Vĕra Jourová will speak about the importance of media freedom at an event organised by the Danish Association of Journalists.