European banks not reducing share of tax haven profits since 2014 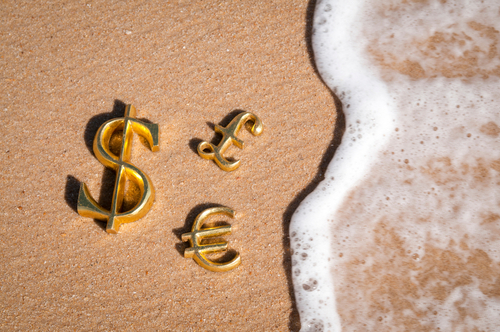 Golden three-dimensional symbols of international dollar, euro and pound currency with wave encroaching on the sand of an empty sunny beach

Brussels (Brussels Morning) European banks have done next to nothing to reduce the share of their profits booked in international tax havens since 2014, according to an independent report by the EU Tax Observatory published on Monday.

Looking at country-by-country reports from 36 major European banks, the lenders have booked approximately 20 billion euro in countries listed as tax haven jurisdictions, amounting to around 14% of the banks’ total profits, despite the fact that the examined banks had few employees stationed in tax havens.

The EU Tax Observatory, an independent institution partially financed by the EU, notes that the percentage of the banks’ profits reported in international tax havens has remained stable since 2014. While the Union introduced mandatory information disclosure, forcing the banks to report their profits on a country-by-country basis, the practice had no impact on their use of tax havens.

The report notes that individual use of tax havens varies significantly from bank to bank, with mean percentage of profits booked in tax havens estimated at around 20%, though nine banks on the list reported 0% profit from tax havens, while HSBC booked as much as 58% of its profits in tax haven jurisdictions, primarily Hong Kong.

The report notes that high profit-per-employee values reported in tax haven authorities demonstrate that these profits are primarily shifted out of other countries, where service production actually takes place.

The study’s authors concluded that curbing the use of tax havens by the banking sector will likely require more ambitious initiatives than mere country-by-country reporting, arguing in favour of a global minimum tax rate of 25%.